Wisdom of the Day - If you think you're smart, think twice to be smarter. (Toba Beta)

This is actually a very funny quote that I just discovered. Think about it once again. If you think you're smart, think twice to be smarter! What does it really mean?

What it really means is that if you think that you are very smart, then you probably ain't that smart. Now, the problem with this quote is that those reading it who disagree, are most likely those people who consider themselves to be smart, but who might not be that smart after all. But, those who read it and totally agree, they are the ones that are supposed to be smart. So, which category are you in? Are you one who think this is stupidity, or are you one who thinks that this actually makes sense? You don't have to comment and let me know, but if I have made you even think about it, that is already half success! 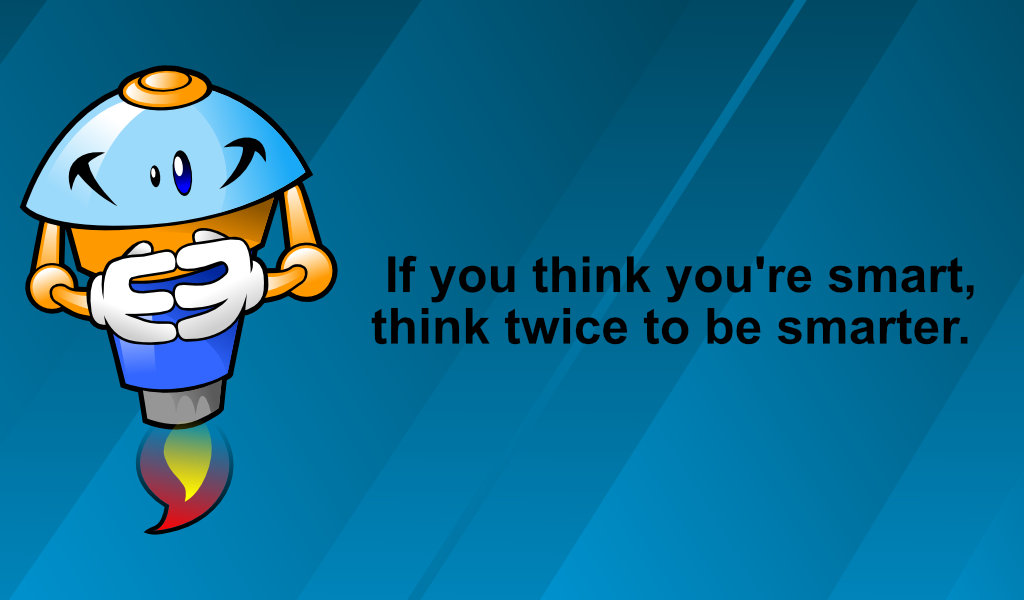 If you think you're smart, think twice to be smarter.

It is almost like when you try to play an instrument. After one day of practice, you almost feel as if you are a master of the instrument already. It feels really good, and you believe that you are about to master it all.

After one week of practicing, you start to see that it is going to be harder.

After 10 years of practice, you see better than ever before that you lack so much skills that you will most likely never become perfect.

Seeing your lacks of knowledge isn't a sign of stupidity, it is rather a prove of insight!

What do you think yourself? Have this little text challenged you or just supported some views that you already had? I hope you will follow me on Steemit for more encouraging words of wisdom in the coming days and weeks as well!