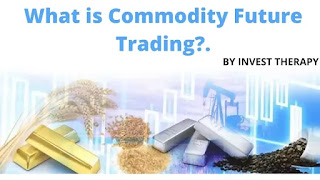 What is Commodity Future:

So what is Commodity Future? Let us first understand the concept of a future contract. These are derivative whose value is determined by fundamentals of assets (click here to know about the future contracts). A futures contract allows a buyer or seller to buy or sell the commodity at a fixed price in the future. Future Commodity is available for a variety of products like wheat, petroleum, gold, silver, natural gas, etc.

For example, A wheat farmer, who harvest 200 quintals wheat and want to sell at ₹2000 per quintal. But the wheat price is continuously fluctuating, and the farmer feels that he might not able to get the amount he wants. So he moves against the price fluctuation and enters into a futures contract to sell 200 quintals wheat at ₹2000 per quintals at the harvest time. In the meantime, wheat price falls to ₹1500 a quintal. However, the farmer can exercise his future contract and get ₹2000 for his produce thus he gains ₹1,00,000. On the other hand, if the price goes up to ₹2500 he will not get the benefit of the price increase as he will still have to sell the wheat at ₹2000, which means he will stand to lose ₹1,00,000.

Advantage of Commodity Future: Price Discovery: Trading in Commodity Future leads to price Discovery. In this trading price are accessible and Liquidity ensures the right rate. Standardized: Since this contract is regulated by SEBI, its easier to compare prices in the market around the world.

Hedging: Commodity Future enables hedging against price fluctuation which Reduces the uncertainty of producer, traders, and end-user. Benefit for investors: Trading in Commodity Future benefits the investors as they can diversify their portfolios.

Leverage: the possible high leverage makes it risky. If you don't get it right, you can lose a lot of money.

Volatility: Commodity Future is highly volatile. The commodity market is influenced by the event around the world, and price changes can happen anytime.

Speculation: Speculators can take over the Commodity market and artificially increase or decrease the price. 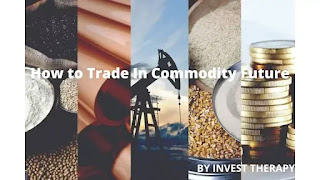 How to Trade-In Commodity Future:

Below is the Feature of Commodity Future Trading:

Exchanges: CommodityTrading is very organized and takes place in Exchanges like MCE and NCDEX in India. Standardized:

The Contracts are highly standardized. The quantity, quality, price, and time are determined by the Exchanges in which they are traded. Volatility:

Before you trade in this future you have to deposit initial margin with the Broker. This is a percentage of exposure. For example, your margin is 4% and you Trading worth ₹1 crore then, your initial margin will be ₹4 lakh. Since your margin is low you can buy or sell in large volume. This is called Leverage. High Leverage increases the chance of profit and losses too. Regulation:

Commodity markets are monitor for fair practices. In India, the Forward Market Commission governed the Commodity Future Trading. But In 2015 it was merged with SEBI (Securities and Exchange Board of India). Physical Delivery:

Commodity Future is a Zero-Sum Game. Which means if you win, someone else loses.