In the first years of their foray into the world, they were seen as long-term products in their development and in the short term as sports elements or geographical specialties, since they were related as vehicles or model airplanes, a little faster and more structured, the truth is quite another, the fact is that just a few years ago, drones have ceased to be instruments just for entertainment, or used by people who, after wanting to do scientific research, used them. 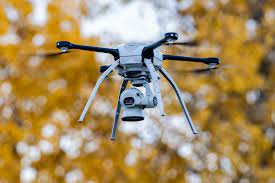 Lately, bone since the end of 2018, due to the fact that manufacturing prices fell, the use of these unmanned aircraft has spread and this technology is available for more distinguished functions. Buying a drone is 50 times cheaper than a helicopter, and operating costs also go down. Nowadays drones stand out for being very effective and efficient in complex situations, especially in isolated or difficult to access areas, in areas that for some natural reason such as earthquakes, hurricanes, are affected. Its speed allows it to travel enormous territorial extensions in a short time, so that this vehicle can carry the necessary help, medicines, blood for transfusions and small elements for necessary surgeries. The usefulness they had in the eruption of the volcano of La Palma in Spain is world news, achieving a photograph of the interior of the crater and the ashes it emits, and thus, with scientific help, predicting subsequent explosions, managing to prevent the populations surrounding the incident well in advance. natural. This has also made progress in studies about the center of the earth, which were so complex in previous years.

In the war in Ukraine they have played a leading role on both sides, they have been a true discovery at a tactical level, although they are easily detectable, some have already overcome that technological barrier and are preparing to give details of the enemy and the area where he is, spying on the enemy and also with the high potential to drop bombs. In Venezuela some time ago an attack was carried out against President Maduro using this type of instrument, which was detected. Drones have never been used as much in world war history as in Ukraine, where they play a crucial role in agreeing who lives and who dies. Both the Russians and the Ukrainians rely heavily on unmanned aerial vehicles to be able to strategically launch their attacks with the appropriate tactics.