The scientists are worried about rapidly melting Arctic ice

Antarctica's rapidly melting ice has put scientists and environmentalists around the world to seriously think about its consequences. This issue is so important for the survival of life on the planet that research, analysis and experiments are underway in many countries. The more advanced a country is in the fields of science and technology, the more it is at the forefront of research, analysis and experiments. The United States is deeply concerned about all kinds of developments and is keeping an eye on changes taking place in any region of the world. 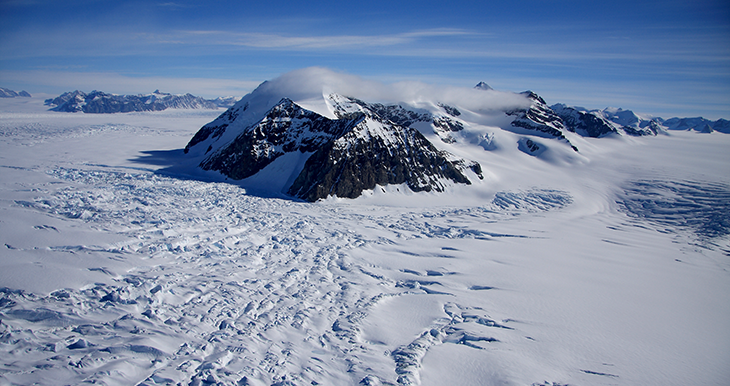 As changes in the Antarctic ecosystem are likely to affect the entire world, US experts are keeping a close eye on them. That's why U.S. officials say their country is committed to tackling the challenge of climate change by providing funding for advanced scientific research and involving the international community in the results of that research.


In a similar effort, a report by U.S. scientists prepared under the Pacific Laboratory of the National Oceanic and Atmospheric Administration (NOAA), a national body for maritime and aerial affairs in the United States, states that if the world were work to release carbon dioxide gas to reduce emissions could reduce the tendency of the Arctic to melt ice in the last decades of this century.


According to an article published in “Earth's Future” by the American Geophysical Union, the Arctic Ocean ice and glaciers have melted by 75% since the 1980's. The declining sea ice at the tops of the world is proof that the process of increasing climate change, global warming, and rising sea levels has begun.


According to environmentalists, the melting rate of ice in the Western Antarctic has tripled in the last decade. On the other hand, energy companies, the shipping industry, maritime commands around the world, and even tourism companies, have begun to re-evaluate how rising temperatures in the North Pole can open the way, which will create more shipping facilities.


The article was co-authored by James Overland of the National Oceanic and Atmospheric Administration's Pacific Marine Ecological Laboratory as co-author of the U.S. Marine and Arctic Research Center. According to this article, it is very likely that the North Pole will become almost climatically free of sea ice by 2050 or in one or two decades. 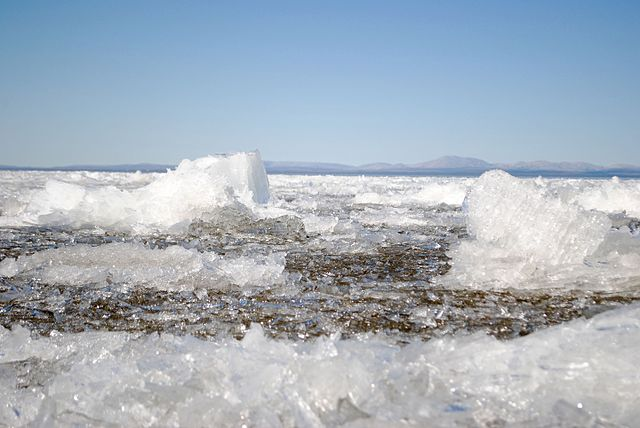 According to experts, the tendency to increase the intensity in the North Pole is faster than in the middle latitude. One of the main reasons for this is the rate of temperature that the earth's surface reflects in the atmosphere. As the more white and luminous ice melts, the darker the surface of the ocean, the more it absorbs air from the ocean instead of sending it back into space.


This means that as the speed at which the sea ice at the North Pole melts, increases, this tendency will increase and the rate at which more ice melts will accelerate. But this new study shows that "if human civilization adheres to the mitigation scenario for gases that cause climate change," then average temperature forecasts for the North Pole by the end of the century and global toxic emissions will continue. Predictions of temperature increases on the basis of continuous patterns of increase can be reduced by 2⁰ to 7⁰C.


Based on a review of the data, the authors of "Earth's Future" estimate that major changes at the North Pole are linked to the climate system of the coming decades and that humans must be able to cope with these changes on a priority basis. One should consider adapting oneself to them. These authors predict with more certainty the short-term possibility of extreme trends in the North Pole. However, they said that what could happen by the end of the century could not be predicted with such certainty. According to them, the highly complex process of forecasting weather patterns depends on "the nature of the turbulence of the world's meteorological system" and other variables.


According to the results of "Earth's Future", there is a clear difference between the two pathways, leading to a significant difference in the temperature of the Arctic at the end of the 21st century, which is a strong indication of mitigation activities.


According to environmentalists, temperatures across the Arctic will reach 13⁰C in the autumn months and 5⁰ in late spring by the end of the century, based on meteorological forecasts. They said that if these patterns are taken into account, then in such a case, there will be significant decrease of 7⁰C and 3⁰C respectively.


According to experts, the melting of sea ice at the North Pole makes it clear how the water in the dark part absorbs more and causes the process of increasing the intensity.