The bird made world record of traveling nonstop 12,000 Km in just 11 days

The Godwit bird flew from the US state of Alaska on September 16 and reached the East Bay of Auckland, New Zealand, just eleven days later. A 7,000-mile flight from Alaska to New Zealand, recorded by a non-stop bird with a 'jet-like' structure, was completed without a break. This is the longest flight record in bird migration. 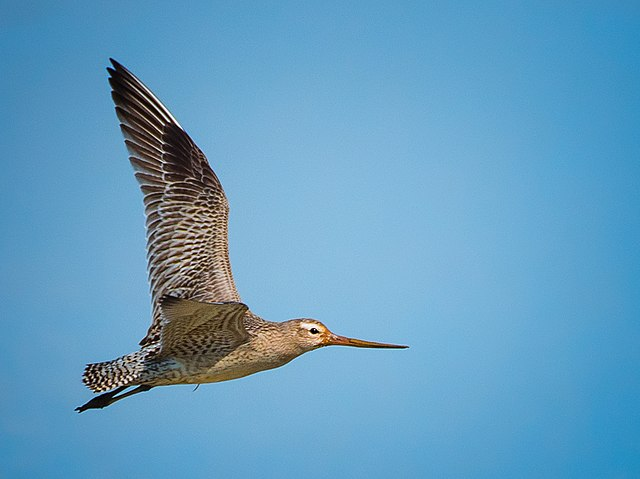 The male bird had a transmitter mounted on its body and was being monitored by a group of researchers. During its long journey, the bird flew over the Atlantic at a speed of 55 miles per hour.


University of Groningen professor, Thanois Parsma, is the head of the Global Flyway Network. The institute is based on scientists who conduct research on migration cases in extreme conditions. "What these birds do is incredible," says Professor Thanois.


The record-breaking Godwit, named “4BBRW” and wrapped in blue, red and white rings from its legs, was part of a group of four birds that were sent from their nesting area in Alaska. The birds flew for hundreds of miles in the rough Alaska region, where they hunted fish, insects and sea creatures to prepare for their voyage.


These birds needed as much as twice the energy to travel to the other side of the world and as much fat as they did before the voyage. These birds also have the ability to compress their internal organs, such as the stomach and liver, to lose weight.


"When the birds arrived in New Zealand, their stomachs were completely empty and they had already halved their weight," said Professor Thanois, speaking to the Dutch newspaper "Trovo".


According to satellite data, the length of the Four BBRW's journey is a little less than 8,000 miles, but scientists believe that the distance could be a little over 7,500 miles after the faults are removed. The other three birds were not tagged.


It is also believed that strong east winds have helped push these birds on this long journey. The previous record for the longest non-stop bird flight was 7,250 miles, set by another Godwit in 2007. This bird was named E-7. 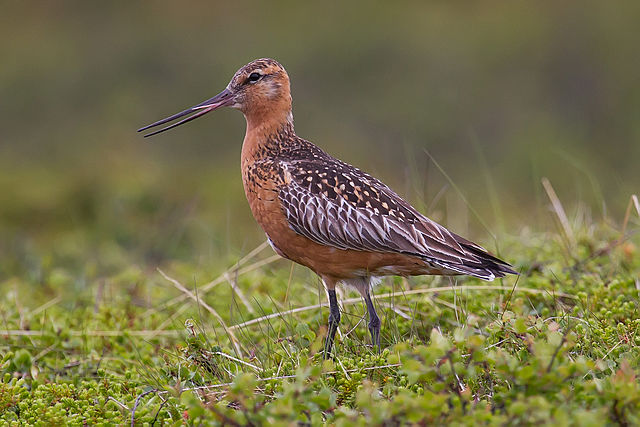 It is still a mystery how these birds are able to travel such a long distance. "They have the ability to know where they are in the world," Dr. Jesse Conklin of the Global Flyway Network told The Guardian. We can't say for sure, but it looks like they have a map."


It is believed that the birds did not sleep during the voyage, but they can sleep for several days after arriving in New Zealand. "Their food and energy levels are very high," says Dr Conklin. There are many things that benefit them. They are shaped like fighter jets. Long and pointed and a slender body give them an aerial edge.