Things in Thailand are no less weird than in the rest of the world, some of us who live here might suggest that it is a bit stranger than other places, especially when it comes to some very bizarre and of course untenable suggestions that the out of touch government representatives come up with.

Thailand's economy is more affected than most when it comes to the absence of tourism and there have been some pretty wild ideas that have been brought to the forefront the latest of which is bound to not appeal to very many people, especially those who are keen on having a bit of personal privacy. DES stands for the Department of Economy and Society, by the way and this announcement / proposal was made by a bunch of people who wear suits and pretend to have some idea of what it is like to be a normal human being.

The watch, which hasn't officially been introduced is meant to monitor your location, heart rate, temperature, and blood pressure - somehow. This is meant to be used on any visitors who take advantage of the stupidly named Special Tourist Visa (I want to go to Thailand to get a STV!) and are required to have it on them at all times. If a person's temperature rises above 37.5 degrees (Celsius, of course) the watch will immediately notify local medical personnel to intervene, presumably whether you want it or not. 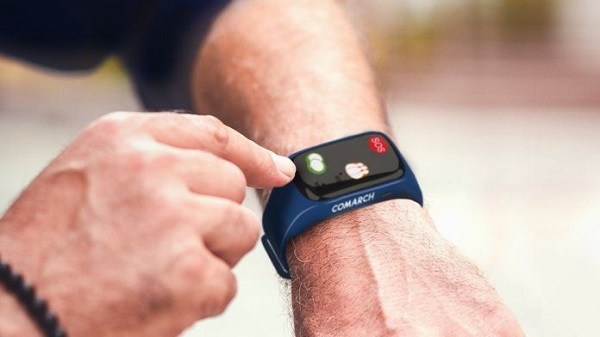 Things that have not been discussed include

I bring up the last point because there have been multiple times that this country has attempted to introduce technological solutions to things and as far as I know, none of them were terribly functional even from the start.

Years ago a politician ran with one of her promises being that every single elementary school student would receive a free tablet for assisting with education as well as the ability for teachers to easily track students' progress and homework completion: These machines actually were purchased and in less than a year the entire program was scrapped because the technology didn't work and the of course, kids being kids, they broke a lot of them in the first month.

The second time some sort of tech was introduced was when the country decided there would be a mandatory app on your phone to track your movement and you could not gain entry into any public place without opening the app to prove it was activated, and then having them scan a QR code in order to enter the establishment. This was intended to assist with contract tracing and was a nice idea in theory, but of course, the app and the severs behind it almost immediately were unable to cope with how complex a mission it can be to track 76 million people and when the servers were down more often than not, businesses that were required to do this complained, and then eventually stopped requiring it and merely pretended to scan something any time someone entered a business.

This wasn't just a case at your run of the mill DGAF mom and pop small shop either. On 2 occassions i got my app out at an AIRPORT only to the the lady with the scanner tell me that "you dont need that."

This is a great idea in theory, I suppose although I would imagine that there are quite a few people out there that aren't real keen on the government, any government, tracking their whereabouts at all times.

It was meant to be implemented starting 2 days ago and I honestly don't know if it actually has even happened. If it does get rolled out, you can mark my words in that it will be recalled and shoved under the rug and the politicians who pushed for it will try to pretend it never existed.