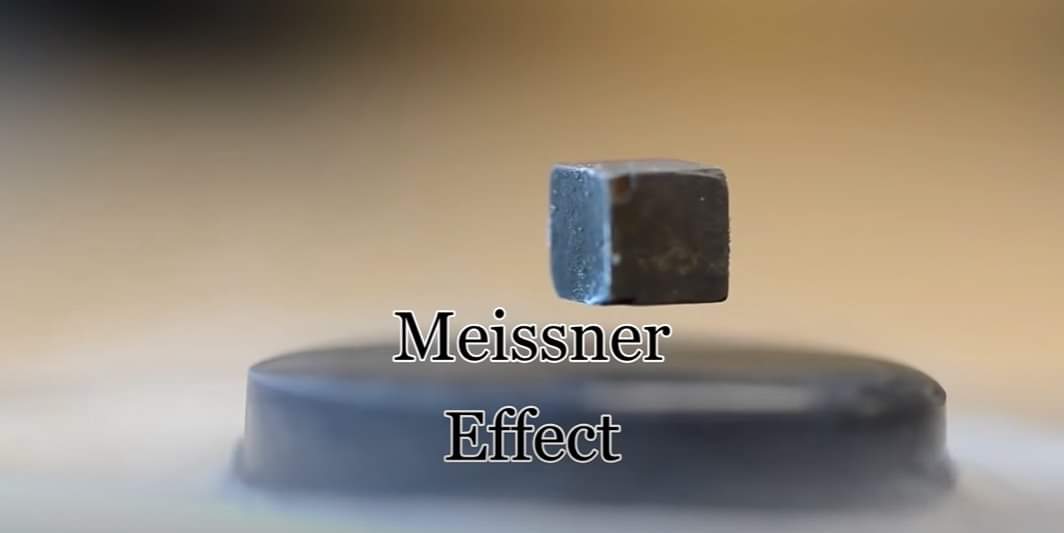 Hey look what the other scientists have confirmed, some materials cooled to near-absolute zero (-273.15 Celsius) are without electrical resistance. The charge gradient perspective and interpretation, allow for the observation that the state of their charge gradient can be modified.

The effect of the charge gradient ratio expressed by all the matter of Earth in it's collective state (convergent/divergent charge gradient), seems to be negated for one object pictured.

Another aspect that is critical to the development and implementation of charge gradient-based travel systems, cargo-carrying aircraft and firstly the basic flying saucer ..with what? ..you may have guessed it, outer hull materials which suppress a specific charge gradient interaction in order hold things under the craft during transit.

To see a flying saucer or not? ..silly question, it exists in the future. Each observation a rung closer, providing the peek over the ledge and subsequent confirmation by experimental novel implementation (novel, as far as we can know this side of confidential archives).

Helicopters called "sky-cranes" can operate above and near human interaction, such as fastening the crane to the load. With charge gradient-based travel technologies countering the CG ratio of Earth, it may not be possible to have safe human/biological interaction outside the craft (such as fastening cargo).

As I suspected, Graphene can be chosen to make a resistive coating applied to the surfaces of materials that will be cooled to near absolute zero during operation. In order to prevent high-voltage arcing across objects that are charged at ratios required to apply convergence or divergence. Graphene being a material that is confirmed to be more resistive when it's temperature is decreased, the combination is exact.

Traveling to and about space, without the nauseating effects of G-force (CG ratios imposed by bodies in space). The CG (charge gradient) ratio expressed by the Moon, is strongly suspected as being a source of superfluous current inducted by materials from which guidance-computing circuits are composed. The inducted currents have caused the resetting of equipment during ALL of the recent and failed attempts to land upon the lunar surface (since the Apollo missions).

Learning to navigate, will be back with another posting...