A few years ago, while out at the Quartzite gem and mineral show, I cam across this incredible looking material called iridescent calcite. I had never seen it before and it immediately caught my eye. Calcite, calcium carbonate, is a very common mineral, however the shapes it forms(over 800!) and the large sizes it grow to can really grab your attention. For example, dogtooth calcite are crystals that form in a cone shape similar to a canine tooth, called scalenohedral. They are often formed in clusters making them somewhat look like teeth.

Then there is the fluorescent properties of calcite. Calcite can fluoresce in red, blue, green, white, pink and orange depending on what type of calcite it is.

Iridescent calcite is a type of calcite that stands out from the others though, it reflects light in green, gold, mauve, and blue very similar to rainbow garnets from Japan. Have a look. 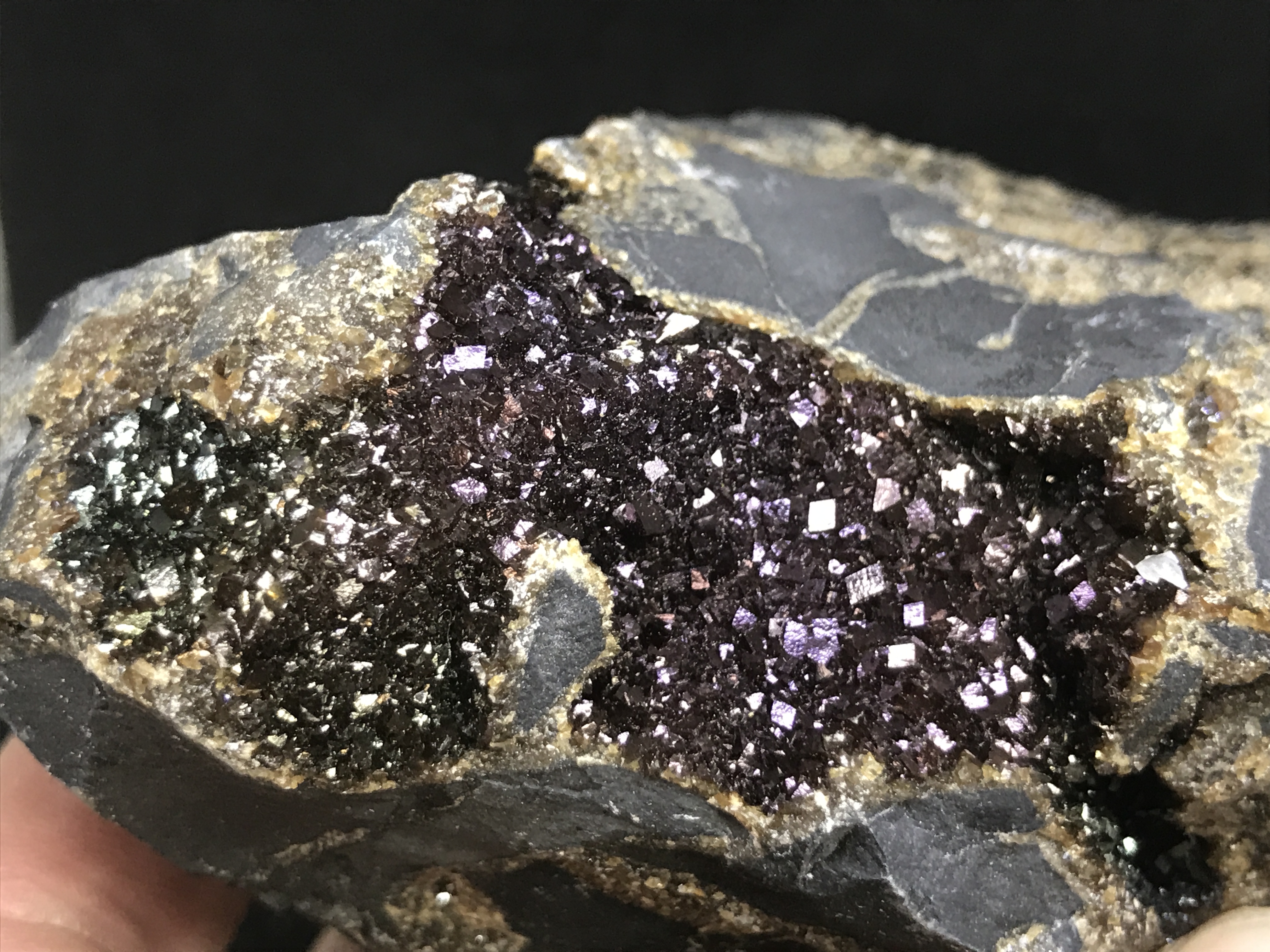 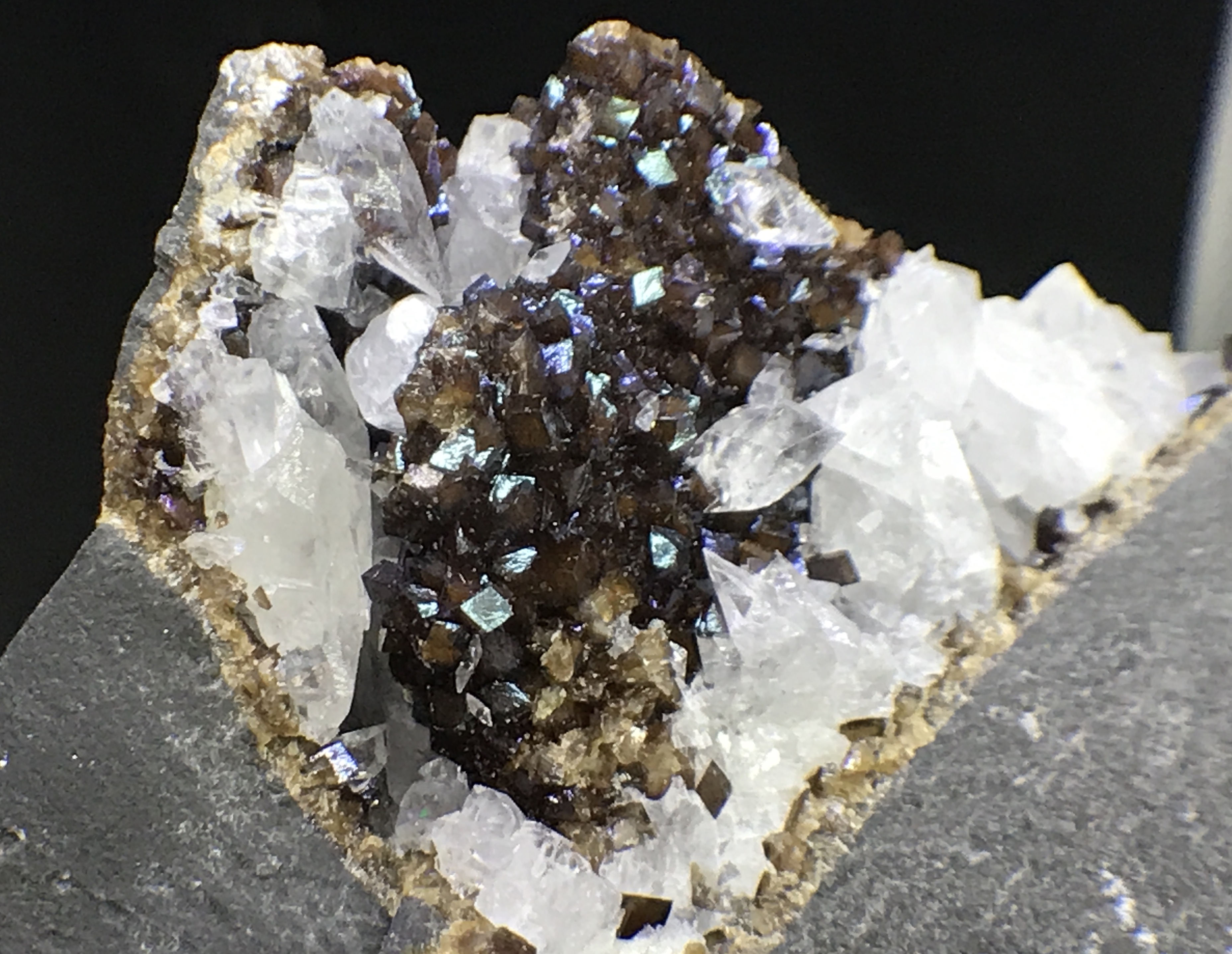 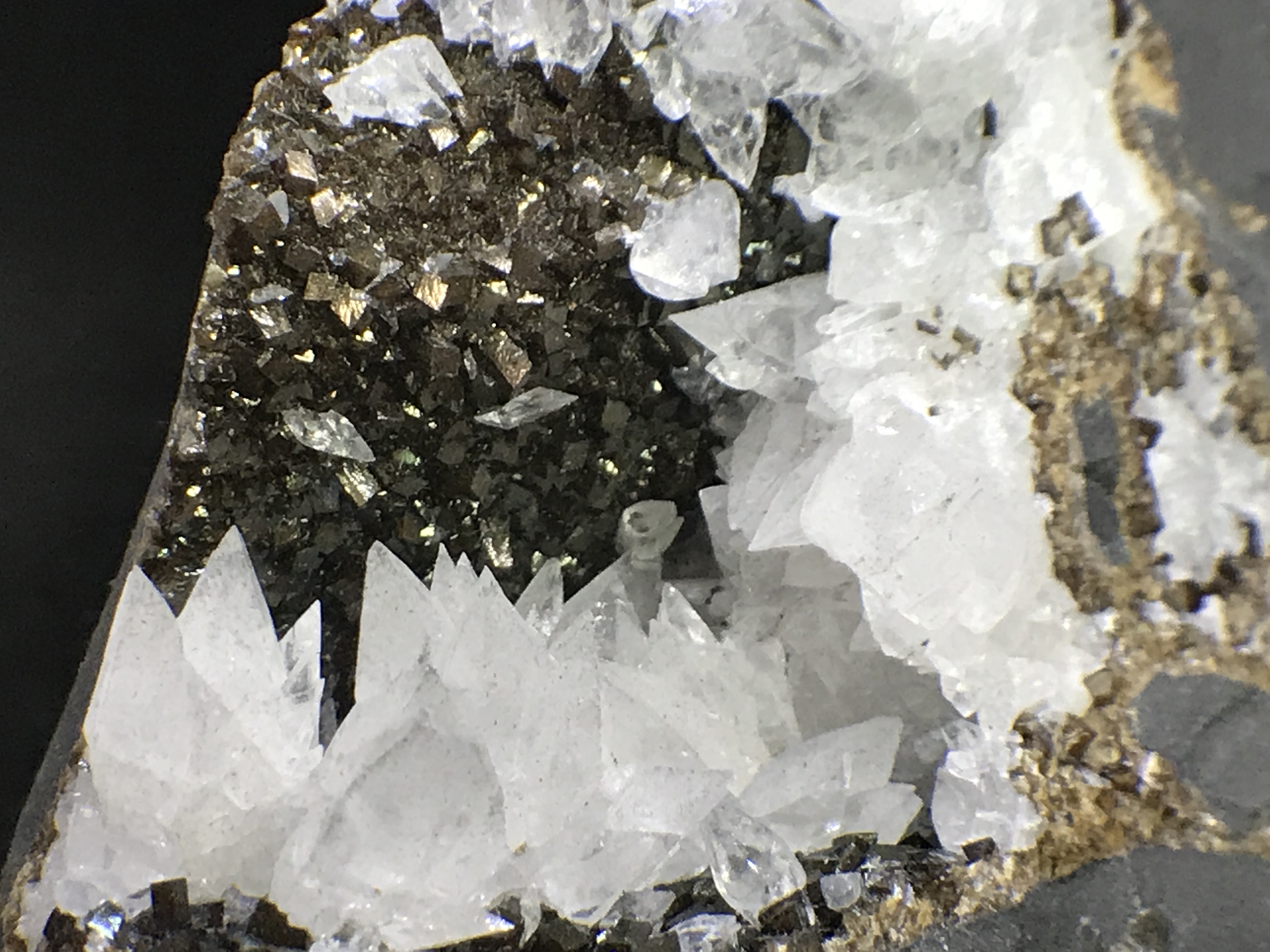 The dealer that I purchased my specimens from told me the iridescence comes from a very thin layer of dolomite on the calcite. 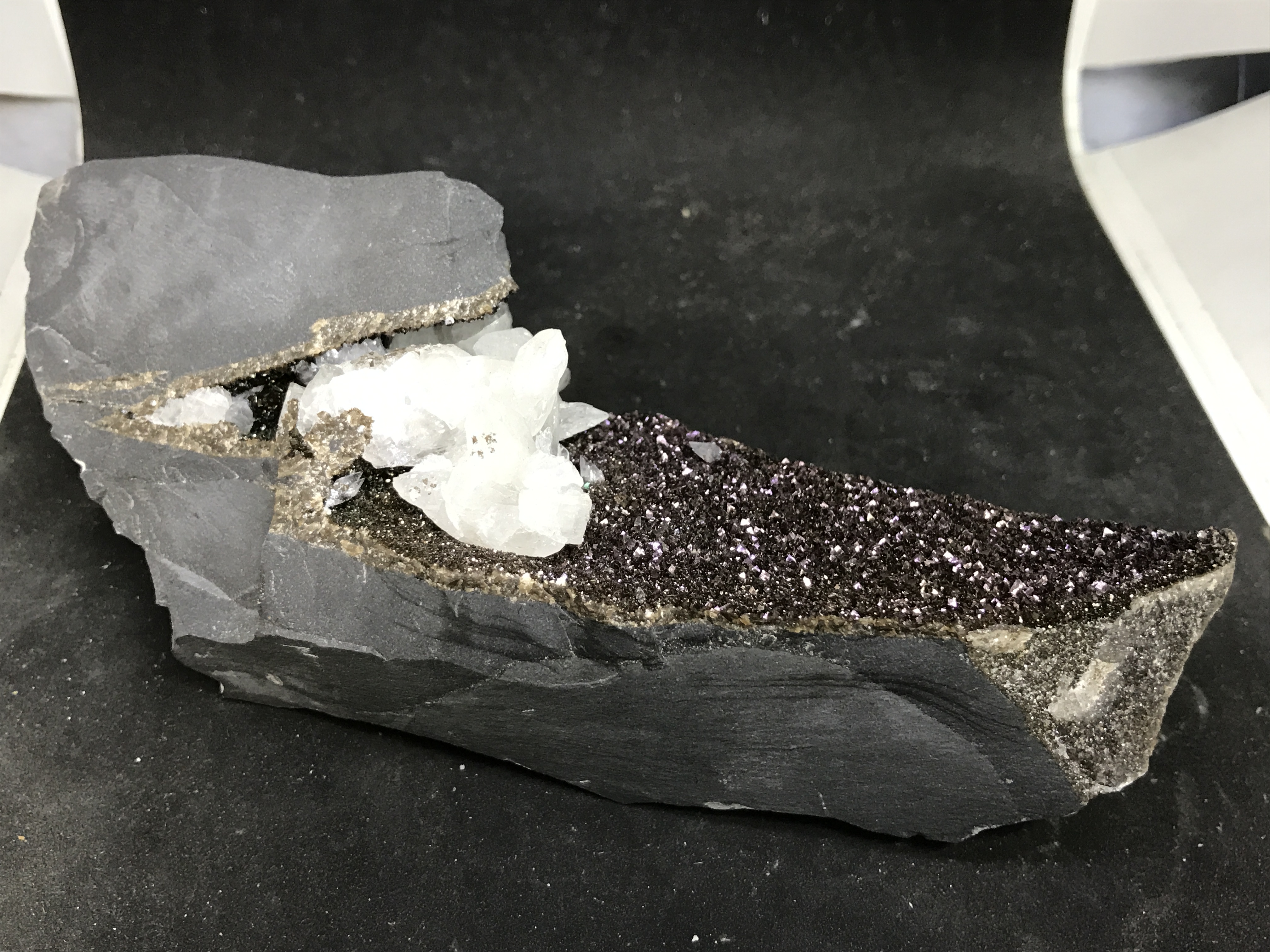 The discovery of the calcite was made in the 60's in Oskaloosa, Iowa. I wasn't able to find any details about the discovery, but I know they were discovered in a coal mine. 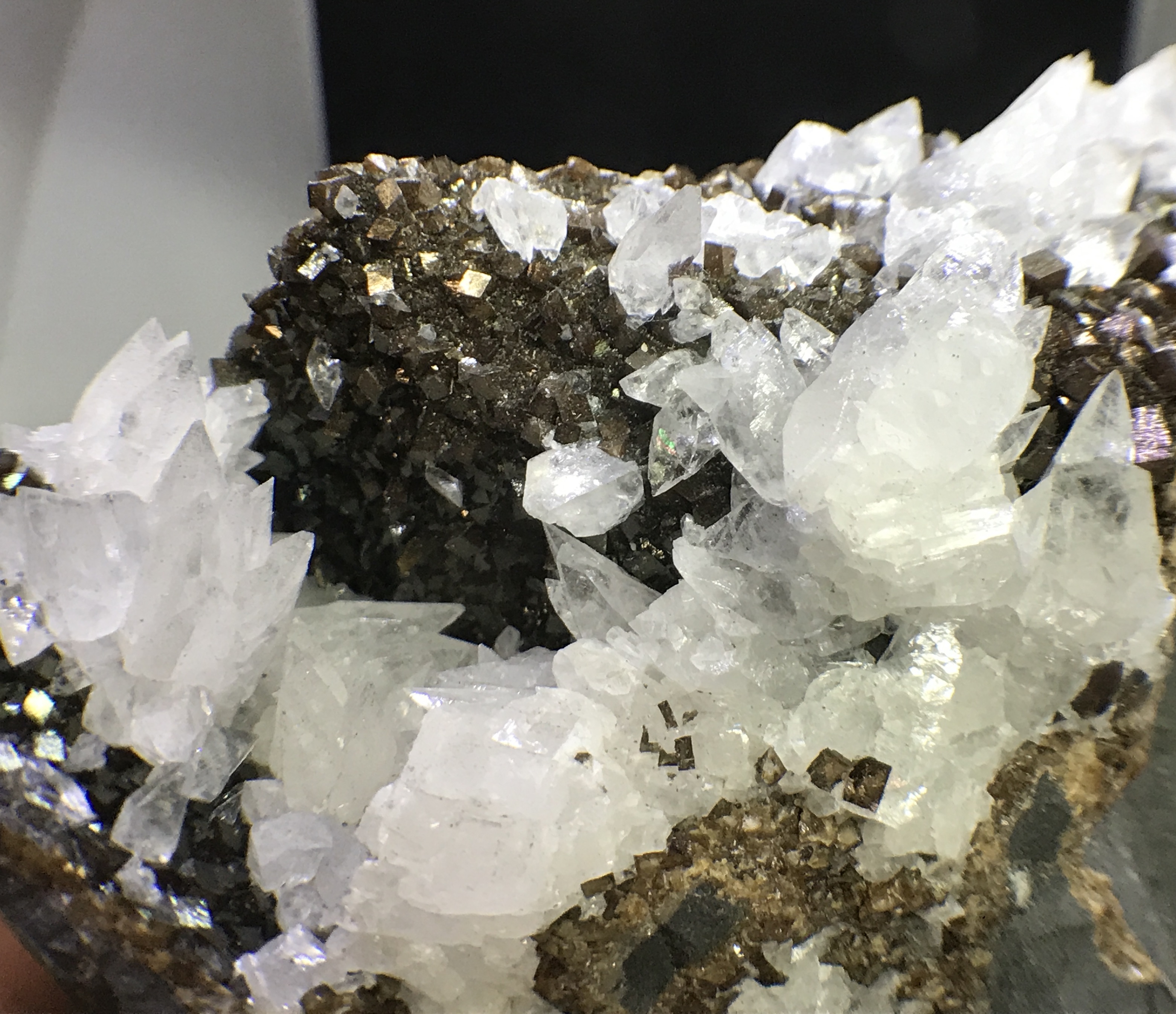 Another interesting factor of these specimens is the calcite formed in multiple generations, meaning, first the golden brown iridescent calcite was formed. Then the dogtooth calcite formed on top of the iridescent. These types of combinations are always sought after by collectors and will add value to your specimens.

There are a few other types of second generation calcite growths on the iridescent calcite besides the dogtooth. Those are pineapple calcite, photo 1, and rosetta calcite, photo 2. 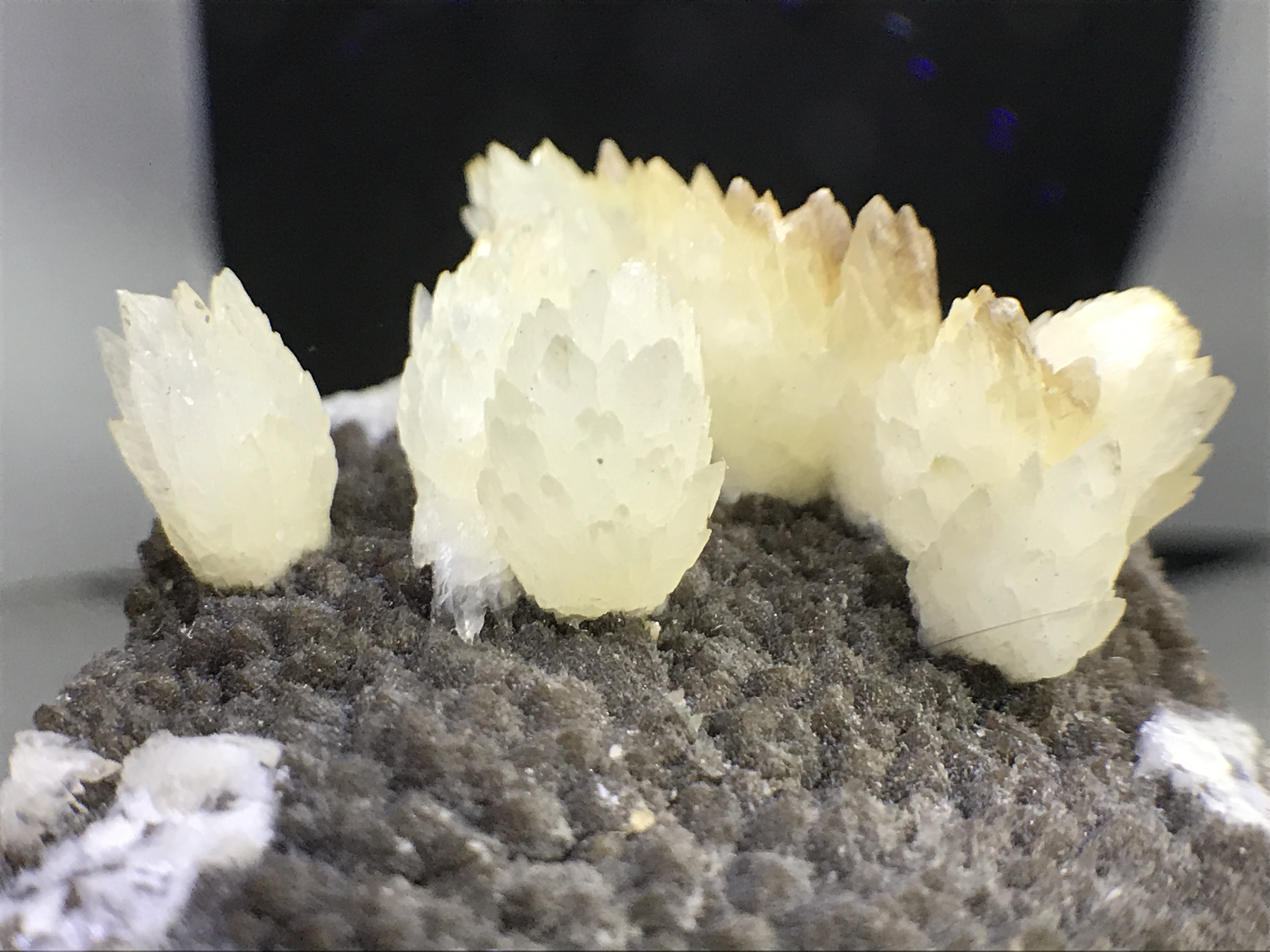 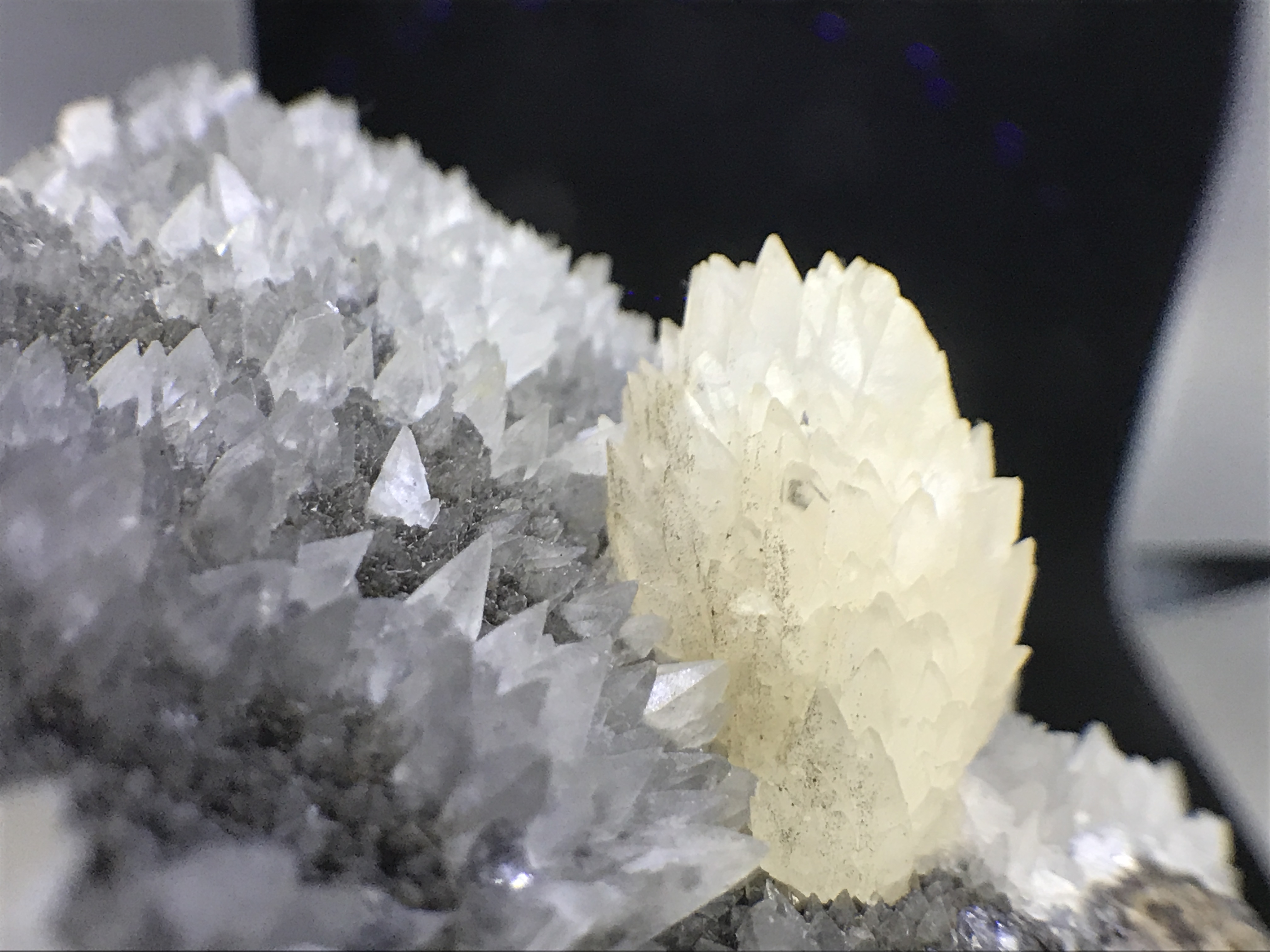 To be honest until I saw these I didn't even know they existed, or were different from one another.

While these specimens are great in regular light, they unfortunately don't fluoresce.

I picked up about 30 specimens after going through over 100 boxes full. Most of them are going to Japan, but I am putting a few here stateside on our Etsy shop if you are interested: https://www.etsy.com/listing/949200104/iridescent-calcite-dogtooth-calcite-iowa?ga_order=most_relevant&ga_search_type=all&ga_view_type=gallery&ga_search_query=iridescent+calcite+iowa&ref=sr_gallery-1-1&organic_search_click=1&frs=1