Many countries ,most especially under developed countries still suffers from malnutrition.At times it might be due to ignorance or Negligence.Looking critically we will see that most under developed countries suffers from malnutrition and the most affected people are children from 0to 15 and the old from 45 above .These have been a call for concern for many countries to fight etc suffering against suffering from inefficiency inprotein,minerals and minerals 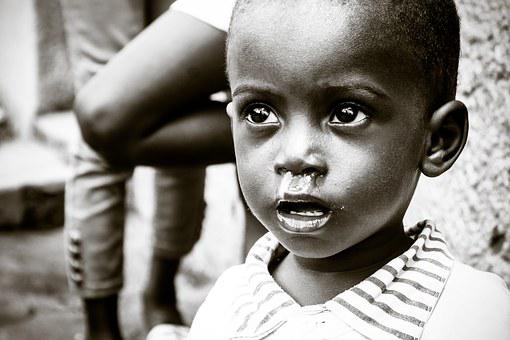 Malnutrition is Simply eating less food than the body requires or food that do not have any nutritional value or good balance diets to the body . This is very common with too much intake of starchy food like cassava .Instead of the food building the body it turns to harm the body.making the body to expose illnesses like kwashiorkor,malaria etc due malnutrition.It makes the body to very be weak ,loss energy and causing the body muscles to be less active making the body not to functioning well.e.g A mother who gives birth to a second child ,when the first child is not 1year old ,has the probability to exposethe first child to illnesses like kwashiorkor of care is not taken .The first child need good nutritive diets , since May the mother has stopped breastfeeding the child and is concentrating with the second child .Even the mother also needs to maintain good diets for her health .symptoms of malnutrition most especially related to kwashiorkor are potbelly,loss of eight,inactiveness in body muscles ,frequently vomiting ,long tiny neck,big head ,fat stomach etc Any man suffering from kwashiorkor will have the above characteristics.

Measures That Can Be Use To Fight Against Malnutrition.

It should be noted that malnutrition is not only less food of body intake but also the type of foods we eat matters a lot for the body .we should always take it as a habit not to starve ourselves but Eats good foods that contain good diets with classes of food e.g protein,vitamin,protein,magnesium etc to boost our health . incase of doubts we should research or visit a nutritional specialist for more talks on diets and advise .These will help us to fight against Malnutrition.