How dare you Greta! 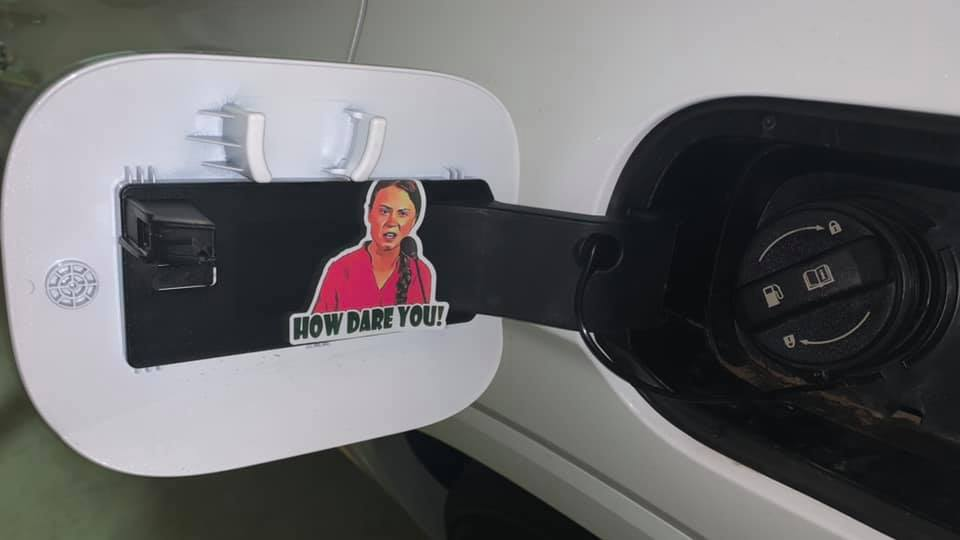 In my opinion, this poor little girl has been exploited for political purposes. She is merely repeating what she is told what to say, and even how to say it. I have spent my entire career studying mathematical models, creating them, testing them, and understanding their strengths and weaknesses. I have been following the global climate modeling debates for decades now. Poor Greta does not understand the scientists, she only says to “believe them.” Any trained scientist knows that is the worst thing to do. Real scientists do not preach belief in what some others say - they will tell you doubt it, and do your best to prove it wrong, and learn along the way. Learn HOW to think, not WHAT to think.

But just in case Greta is 100% correct, I placed this on the inside of my gas cover on my car to shame myself every time I guess up. You should, too.

Modeling is used by scientists all the time when the actual formulas (if they exist) are too complicated or not yet discovered. I use models all the time to predict what happens in chemical reactors, distillation columns, etc. and they often work white well.

But then, we do not extrapolate, we only interpolate within the range of conditions in which we ran our experiments. Extrapolation of the earth's temperatures using climate data from the last 150 years is a good example of how to create models that are as wrong as can be.

Models can be based on statistics, pure mathematical formulas (that are not proven, but "might" be right), or a combination of both.

It is clear to me that she is not at all educated on the principles of science, but because I think she is being exploited, I am not going to criticize her directly. She is but a symbol and an ends to a means by her exploiters, whom I cannot criticize with enough zeal.

They are evil people.