From purchases to politicians, don't let choice-supportive-bias ruin your finances. 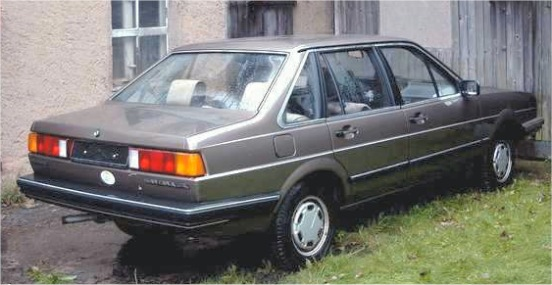 Well, you may be suffering from choice supportive bias: positively supporting your choice, regardless of how awful it was.

Throwing good money after bad is a result of choice supportive bias. It's when you waste more money on something that you already know to be a bad investment. God help me, I will use myself as an example.

My first car was a 1983 Volkswagen Santana. Light grey cloth mothballed interior, bad paint job, shocks that made an awful squeaking sound, an exhaust system that leaked through the floorboard, a shredded ceiling interior, a speedometer that only went to 60 km/hr and it burned a litter of oil a week.

I was in denial.

I told my friends that this was a great car despite some “bad luck.” I even spent $300 to make it “look” better to support the illusion of a good car, even though it was mechanically in disrepair.

I drove it for another four months, and finally one day it stranded me in the middle of nowhere. I spent $150 towing it 236 km. The compression and oil rings on two pistons needed replacement. The mechanic estimated around $2,000 for the repair.

Finally I had to admit that I bought a piece of shit car that was killing me financially. So I sucked it up and paid $50 to tow the car to the junkyard.

All and all, I spent $1890 in repair/towing costs on a $700 vehicle, because I couldn’t admit early that I made a mistake and I was hobbled by choice-supportive-bias.

My story was about a car, but you can use this for a bad business deal, too expensive of a house, student loan debt, etc… Cutting your losses early on and admitting you made a mistake can save you a lot of money in the long term even though there is short-term emotional pain.

Stay frosty people. Thanks for reading.