Factors That Affect The Supply And Efficiency Of Labour Part 2

Labour is said to be used efficiently when the it's marginal value product is equal to the existing wage rate.

Several factors affect labour Efficiency and also productivity, some of which have been mentioned. The existing working conditions however in an occupation e.f the conditions that are related to the wages and also to the salaries, hours of works, annual and study leaves and even pensions and gratuities, security of employment employer- employee relations e.t.c all have influence on the efficiency of labour. 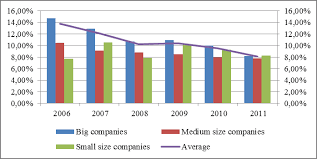 Generally also, the more favourable these conditions turns out to be, the more also the Efficient labour will tend to be.

Not neglecting it under factors affecting labour efficiency include age of workers, natural ability, education and literacy, the quantity and quality of all the coperant factors, the state of technical know-how and government policy. Formal and informal training (particular on the job training) can implore the skill of labour while the size and the quality of land and or capital available in an occupation determines to a large extent the level of labour efficiency in that occupation.

The role of the state of technology in raising the labour efficiency has also been clearly demonstrated in the west Africa in the recent years.

Research efforts also in various research stations and also universities have in many cases led manufacturing sectors, all of which have helped in raising the efficiency of labour in these sectors.

Workers age affects labour efficiency because it affects the adoption of innovation among other things. Experience in many countries shows for instance old farmers adhere strictly to traditional production methods on the farms while young farmers who are generally thought to be more adventurous are more willing to take risk and adopt also new methods in order to also exhance their economic position.

Similarly, education and literacy help to eradicate ignorance and also help to promote adoption of improved production techniques, thereby raising the efficiency of labour. Where workers have some education and are able to read, the job of disseminating new methods among them becomes relatively easy.

Lastly as I conclude, government efforts in providing social services, unemployment benefits, adequate infrastructural facilities such as roads, electricity and the like all can have significant positive effect on the labour efficiency.