Apple released iOS 14.5 last week, introducing a number of features like the new Siri Voices, unlocking the iPhone via your Apple Watch, and AirTags support among others. However, one change in particular that will have the biggest impact was the advent of the App Tracking Transparency framework, which has far-reaching effects on user privacy and how its developers advertise. Facebook wasn't happy about that, and now it's starting to show users a notification that Apple may not be very lenient with.

Facebook and Instagram apps for iOS have started showing a signal that tells users to accept ad tracking, which is why it helps keep those apps free. This message appears in an instant notification where Apple allows developers to state why they want to track their activity in apps and websites. This is important because apps now allow users to collect their identification data to explicitly display targeted ads. 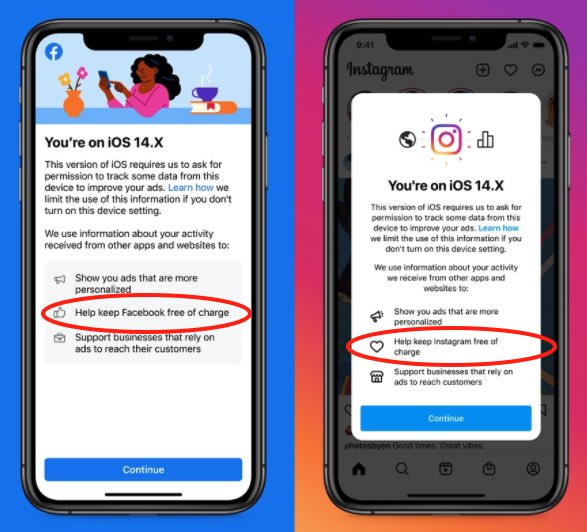 This terrible tactic could backfire for Facebook. However, users need to be told that this tracking is necessary to keep Facebook and Instagram free. There is nothing less than a terrible ploy to reassure consumers that if they choose to disable ad tracking, they may have to pay a price for using these services. Apple's support page clearly states that a system prompt must explain why a developer prefers to track users. To scare them into believing that their days of free use of Facebook and Instagram are numbered is certainly not a good move. Earlier, Facebook accused Apple of making the changes for profit, not privacy. Apple said that consumers must ask permission. Facebook is clearly misusing it.

But that's not all. Misleading ads can take Facebook by storm. Until 2019, Facebook openly advertised that it is, and always will be. Of course, the company later quietly removed the line from its advertising campaign, while CEO Mark Zuckerberg also hinted at the possibility of a paid version of Facebook. But what about the users who signed up for Facebook primarily because the lure of the service remained forever? 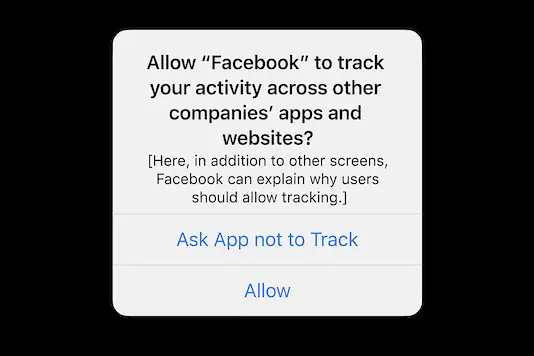 Although this prompt has started appearing to users after the release of iOS 14.5, Facebook had a glimpse of it in December last year. Then, Facebook attacked the ad-tracking and proposed changes around Apple's new policies, claiming that Apple's move would hurt small businesses. It remains to be seen how Apple responds to the intimidation tactics, and whether it engages in behavior that violates the App Store guidelines.

Apple has already made it clear that all apps must adhere to the new App Tracking Transparency framework, and those who oppose it are being removed from the App Store. However, using scary tactics that force users to change their minds and allow an app to track them is definitely not right.