Explaining the Concept of Electromagnetism to a Ten Year Old Kid 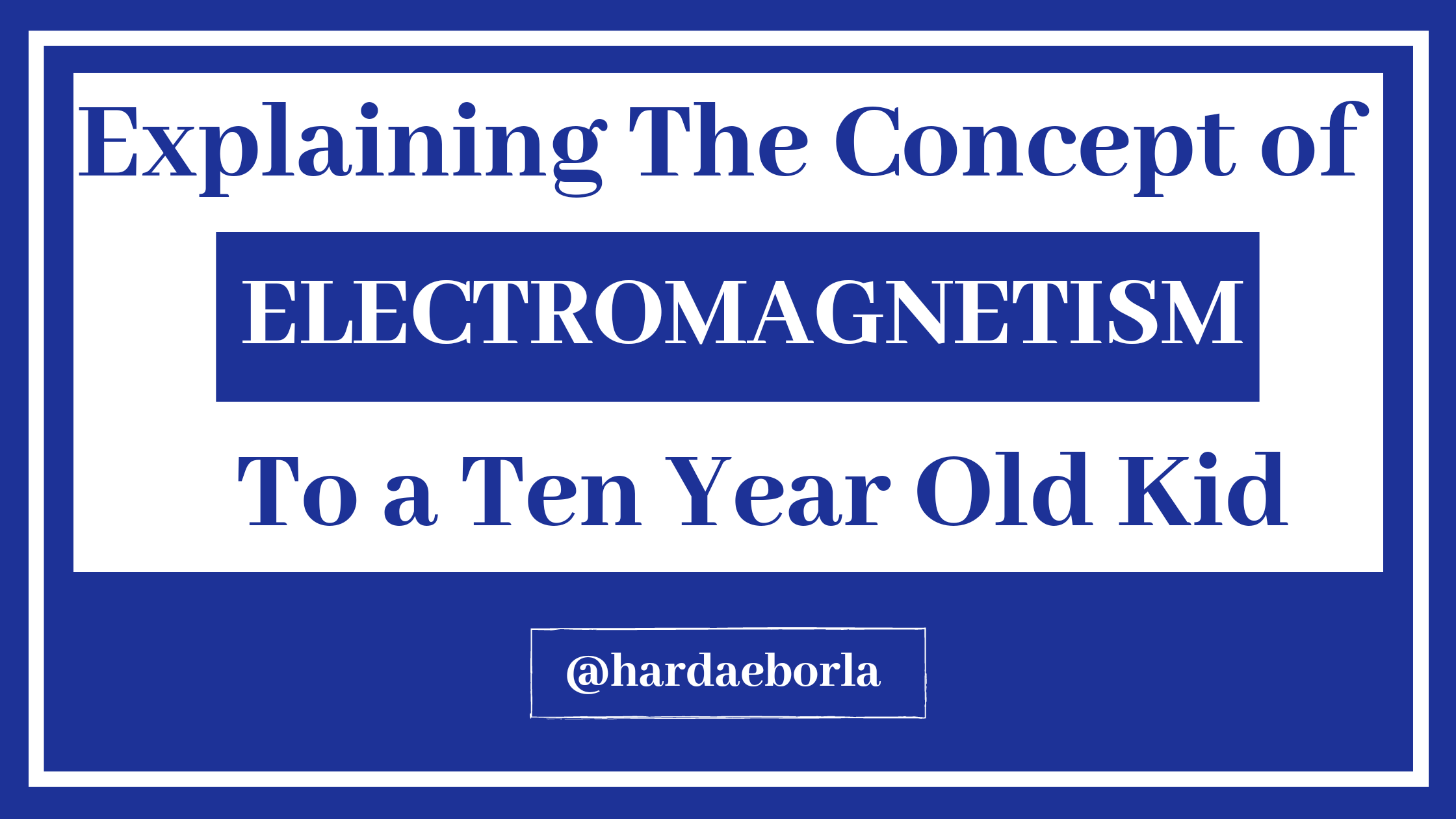 Hello buddy, I can see you are very enthusiastic about learning and understanding the concept of electromagnetism and I think you really deserve some accolades for that because while some of your friends are busy wasting their time on irrelevant activities during this lockdown period, you are spending your time productively by reading this article and I promise you’ll never regret your decision. Anyways, I’m definitely going to help you out by making you understand what electromagnetism is all about and I suggest you show some appreciation to @project.hope for making me tutor you like a ten-year-old kid.

The fact is that you’re really going to find this very easy and interesting. I guess it’s time we let the cat out of the bag and remember to grab some delicious pop-corn and chilled Holandia yoghurt as you read through this post (don’t worry about the cost of pop corn, @hardaeborla got you covered 😎).

Let’s Get Down to Business 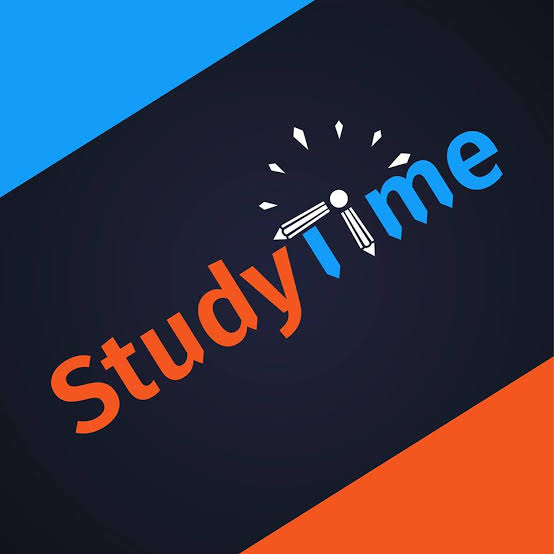 Have you really bothered to ask yourself or some other people what comes into their mind whenever they hear the word “Electromagnetism”? Well as for me, it’s just only two things that comes into my mind and I’m quite sure you may also have the same thought as mine and these words are “Electro” and “Magnet”. This simply implies that electromagnetism can be broken down into two simpler parts known as Eletcricty and Magnetism. The combination or addition or concatenation (don't mind my synonymous expression) of both electricity and magnetism is simply what led to the bigger word known as "Electromagnetism". 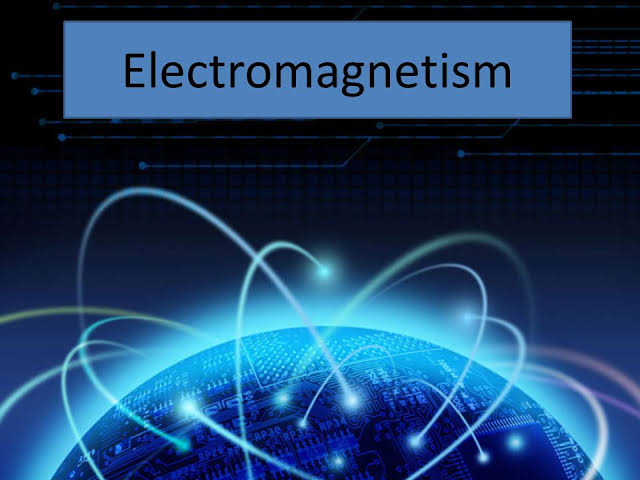 As a nice tutor, I’ll try to explain the concept of both words (Electricity and Magnetism) to make you get a bigger picture of what Electromagnetism is all about (oya say thank you daddy and stop smiling ) 😊.

Electricity can simply be defined as the flow of electric current or charges in an electric circuit. The astonishing fact is that everyone of us do make use of electricity in our homes but some of us don’t really understand the working principle involved. I’m very sure you’ve definetly charged your gadget (phone or pc) today or probably you’ve switched on the fan or television in your living room for the sake of watching BBN probably because you like Dorathy or Laycon (don’t mind me though, I’m so obsessed with smart guys and well-endowed ladies).

The fact is that immediately you switched on that switch connected to your TV, electric current or electric charges flows from the circuit at a very high speed to power up your TV by switching it on and this applies to every electrical appliance you have in your house such as iron, hotplate, freezer, and many others.

You can definitely corroborate with me that without electric charge or current, there can never be electricity (@hardaeborla law of electricty) and this is why some people will always tell you to stay far away from naked wires connected to a power source to avoid getting electrocuted. The electrocution is majorly caused by the movement of these electric charges or electric current you read about earlier on. I really don’t know how it feels to be electrocuted though and I'm quite sure you want to give it a trial either 😀. In conclusion and summary, the flow of electric charges or electric current causes electricity by the application of an Electromotive Force (EMF) which creates an electric field in every electrical system. Make sure you don’t forget the word “electric charges” because it’s really going to be very useful later on in this context.

I hope you were able to get a brief picture about what electricity is all about and it’s time we take the next aspect which has to do with Magnetism. Are you ready for this? Opps……I forgot to make a very important correction about this stamen in quote ... “we can easily denote that without electric charge or current, there can never be electricity”. Do you still remember the statement in quotation? That’s actually not Hardaeborla law of electricity before some of you will start writing that in your examination sheet when being asked.

I think we can now move to the next phase known as the brief review about magnetism. 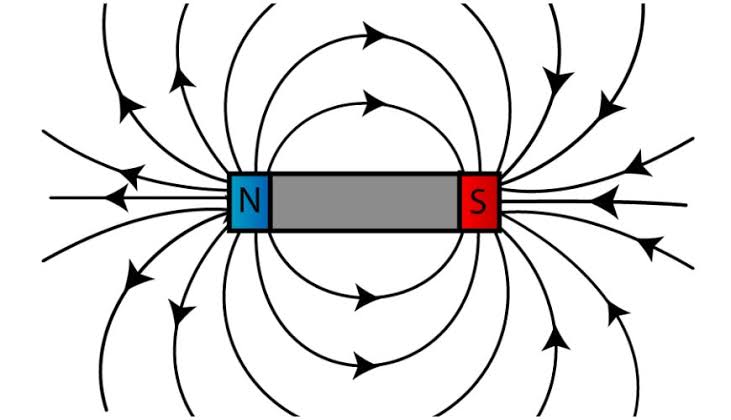 Magnetism has the name implies simply means creating a magnetic field in which magnetic force can be felt. The best way to understand this is to do some practical illustration with the use of magnets 😊.

I suggest you get two magnets at hand and place them both on the table and move them closer to each other. You will definitely experience some reactions which is either the magnet attracts each other or they start moving away from each other (they repel). 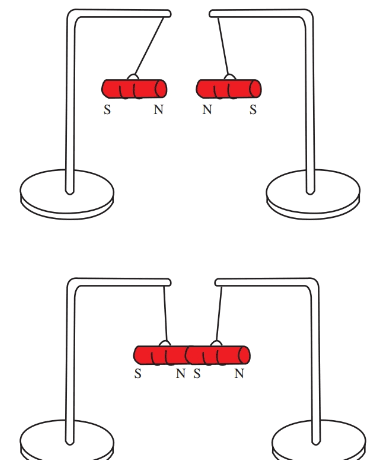 We can observe the behavior of Magnets at different poles condition even though we are unable to see the causes of such effect since it’s a force field but the whole process is possible with the help of imaginary line of forces known as magnetic line of forces.

It seems you are already getting the little understanding of what electricity and magnetism is all about. Let’s now combine our few knowledge of both magnetism and electricity to explain the concept of electromagnetism.

Understanding the Concept of Electromagnetism 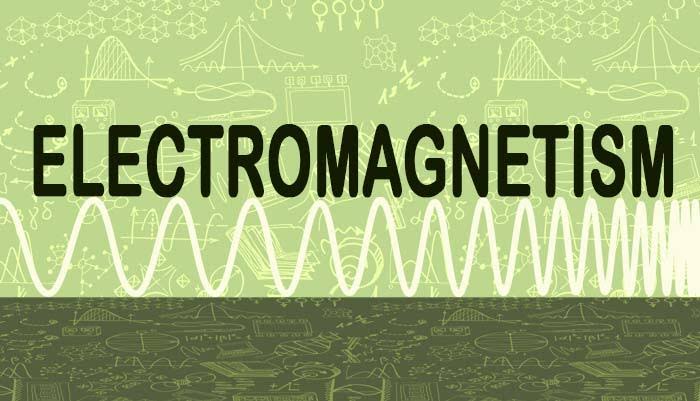 I hope you still remember that a magnetic field can be generated or created with the use of magnets and I also hope you haven’t forgotten the major cause of electricity (refer back to magnetism and electricity if you’ve forgotten).

The only difference here is that we are going to be making use of a conductor and a metallic coil with different number of turns. Since coronavirus has led to the lockdown of schools, I would have invited you to the lab or probably we may get one from Quidax workspace (i haven’t been to the company before though). I think it's best we adopt one of the powerful learning skill known as Imagination just like Albert Einstein stated that “the true sign of knowledge is not knowledge but imagination”.

Start Imagining this, since we couldn't Experiment It😀 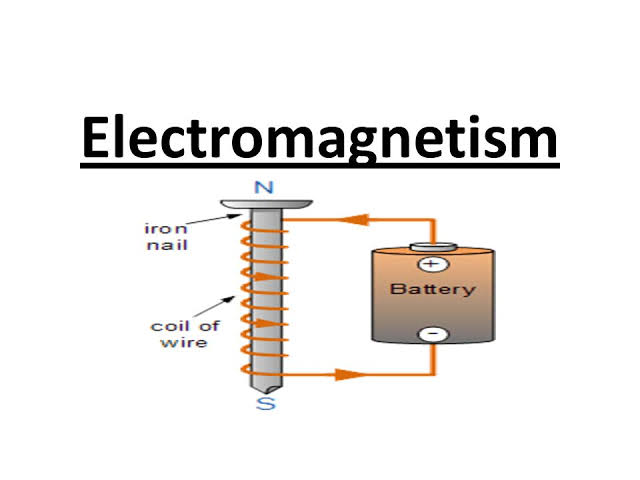 Set up an experimental procedure such that you have a coil placed in between two magnets connected together to a galvanometer, when you place a conductor inside the coil you will notice a deflection in the galvanometer which implies that current has been generated. This process is known as Electromagnetic Induction. The more the number of turns the coil has, the more current generated and the more the deflection of the galvanometer. When you keep removing and inserting the conductor into the coil according to the the experimental set up continuously, you will notice the galvanometer deflecting continuously also due to the current or charge generated and remember that whenever there’s electric charge flowing, there’s always electricity. 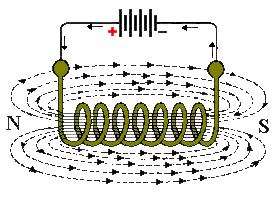 I hope you were once taught in school that a galvanometer is also a device that can be used to measure electric current (i hope you haven't forgotten that 😊). This whole process explains the concept of Electromagnetism and we can simply define Electromagnetism as the process of generating electricity in or through a magnetic field.

Some practical examples of electromagnetism can be found in loud speakers, home theatre or deck, radio and some televisions. There are actually two laws guiding the process of Electromagnetism and these laws are known as Lenz law and Fleming’s left/right hand rule. I would have loved to explain these laws but it’s quite unfortunate that Quidax wants me to stop here and moreover, you can’t learn everything all at once (i don't want your head to start heating up 😂).

I hope you were able to understand some little concept about Electromagnetism and if you have any questions, comment or corrections, feel free to share them via the comment section i'm always willing to read your comments 😊.