Congress is ripping down the Constitution that gives it legitimacy. 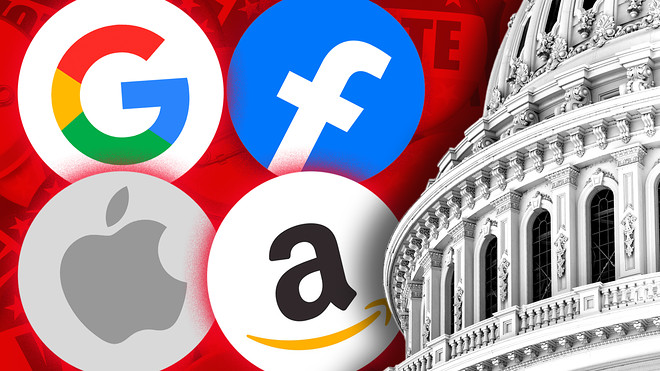 Are independent small governments being established within the US states ruled by the major High Tech companies?

Reportedly this is beginning in Nevada. It seems unbelievable to me and yet it seems almost plausible – if not today then in the next very few years, given the wealth and political clout of the major tech companies like Amazon and Google (Alphabet). They are large enough to become their own fiefdoms. If this is beginning in Nevada it would be a terribly logical development.

The establishment of actual independent governments within states of the Union superseding and replacing county government with independent, sovereign, courts, school districts, police and tax collection would be, if this is true, the beginning of the breakup of the United States. If this is factual it caries that implication. The wealth of the high tech companies exceeds that of many countries today; the suspicion that international high tech companies facilitated the election of Biden by fraud is very strong, almost undeniable. The political implications of independent sovereign governments ruled by high tech corporations being formed within the territory of the (former?) United States are staggering. If it isn't true today will it become true within a short time as such districts become ceded by the US States? It will if the Constitutional Republic does not establish its legal legitimacy in the eyes of the whole population of America within this year at the latest.

The fall of the American constitutional Republic in its Capitol in Washington DC is at this date not beyond the imagination because the election of Joe Biden was a fraud. This is indicated by a vast collection of sworn witness testimony, forensic data analysis, the timelines of voting anomalies in key states and the plain fact of the operational capabilities, internet connection (during November 3-4) and software of all the voting machines. This evidence has been stonewalled so far by federal courts up to and including the Supreme Court of the United States. But that has not, and cannot, prevent it from being so widely disseminated over the internet that the court of American and even international public opinion rolls on towards its own guilty verdict. It is too late for the SCOTUS to function as the US Constitution proscribes. The Texas suit, joined by almost half of the states of the Union, should have been heard by SCOTUS and the election should have been judged as disputed and the decision should have gone to the House of Representatives.

On January 6 Congress attempted to do the function that SCOTUS should have delegated to it, debate the evidence for fraud and render what would inevitably have been the decertification of the disputed Electors (disputed by the state legislators!). This debate was overwhelmed and destroyed by a "storming of the Capitol building" which stinks to high heaven of a set-up. The Congress, itself tainted by the implication of election fraud, is charging forward with an impeachment of the former president which cannot win approval, cannot even be judged constitutional. How can it not be assumed that the Democrats led by Pelosi and RINO Republicans led by McConnell are trying to make real what cannot be made real, the legitimacy of their election?

Crazy days, folks. Is there enough popcorn in the world for this?