Machine learning models are invading more and more areas of chemistry, and again they surprise by quickly and accurately estimating a very important chemical property of molecules, the formation enthalpy. And at present, despite the great demand of hydrocarbons that our society has, studies of the thermodynamic properties of complex molecules of this type of compounds are still limited, specifically because computational models that use conventional approaches, have many limitations and difficulties.

But the creation of more powerful computers and increasingly advanced autonomous learning algorithms means that machines can learn how the chemical structure of molecules influences their properties, and not only that, but they can then predict the properties of new molecules. 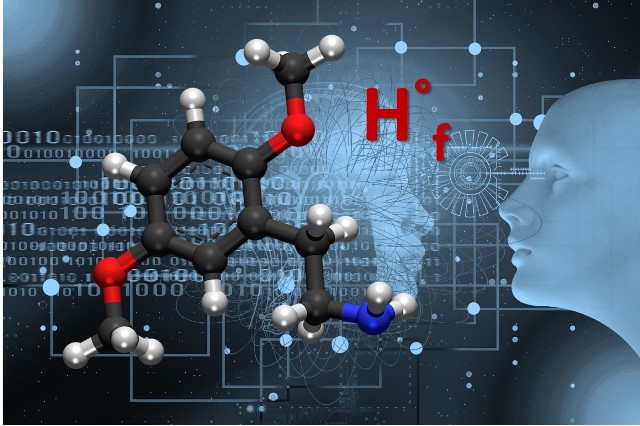 Source of the images: molecule, AI.

A team of researchers from the King Abdullah University of Science and Technology (KAUST) seeks to combine machine learning with thermodynamic data generation and has developed an autonomous learning model by which the machines are able to analyze the structure of hydrocarbon molecules and predict with great precision the enthalpy of molecule formation. Its developers claim that this model has even made better predictions than conventional models, and that its accuracy will be even better as they collect more data and the algorithm learns from them.

Thermodynamic properties like these are very important in the engineering area, especially for engineers who perform models of chemical reaction mechanisms and kinetic parameters, energy flows, and phase equilibrium, among others. For example, kinetic reaction models for hydrocarbons are essential for the design and optimization of chemical reactors.

The models used conventionally to estimate the thermodynamic data used for modeling the kinetic mechanisms were practically developed in the middle of the last century, and since then the generation of data has advanced a lot, so they have many limitations. So this group of researchers dedicated themselves to solve the problem applying the learning of the machines.

Using data of the standard enthalpy of formation collected experimentally, or determined for some molecules using very precise but slow and complicated quantum chemistry calculation methods; the machines are able to extrapolate them to a much larger range of molecules.

The researchers affirm that machine learning proved to be much more accurate than the conventional approach, with better results being obtained from the enthalpy of formation of the chemical species evaluated, and the algorithm was also used to predict the formation enthalpy of molecules for which they did not yet have data.

Although traditional methods have been very effective in making very accurate estimates of the enthalpy of formation of linear hydrocarbon molecules, the accuracy of these methods decreases as the molecules have more ramifications and become more complex. These researchers claim that the machines have outperformed the traditional method, improving the prediction of the enthalpy of formation of the most complex molecules, especially those containing cyclic species. The model developed reported an average error of approximately 10 kJ/mol, surpassing the traditional approach for complex molecules and, therefore, it can be proposed as a new data based approach to estimate the enthalpy values of complex cyclic species. 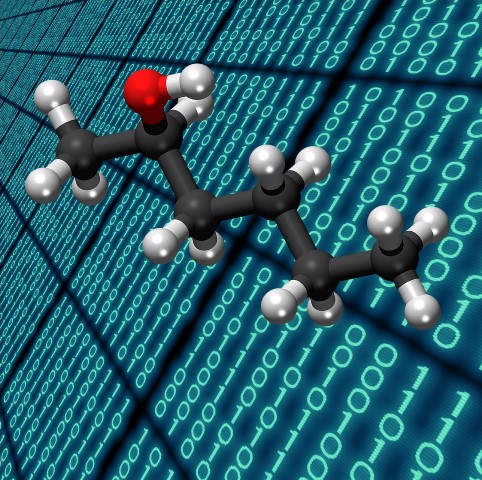 Source of the images: molecule, program.

This team of scientists is now doing more complex quantum chemistry calculations to extend the thermodynamic data set for the learning models of the machines, in order to develop an artificial intelligence that will allow them to make predictions of many other physicochemical properties.

According to the reported data, an algorithm was developed to predict the standard enthalpy of hydrocarbon molecule formation, especially cyclic hydrocarbons, which compared to computational methods using conventional approaches, works better for species with complex structures. This represents a more accurate and computationally viable alternative to complex quantum chemistry methods, which are already scarce in the literature.

Advances such as these suggest that machine learning will become an increasingly important tool in the field of chemistry, since the ability to predict important thermodynamic properties of molecules is an important step on the way to autonomous learning models capable of performing estimates and calculations of more complex chemical phenomena.