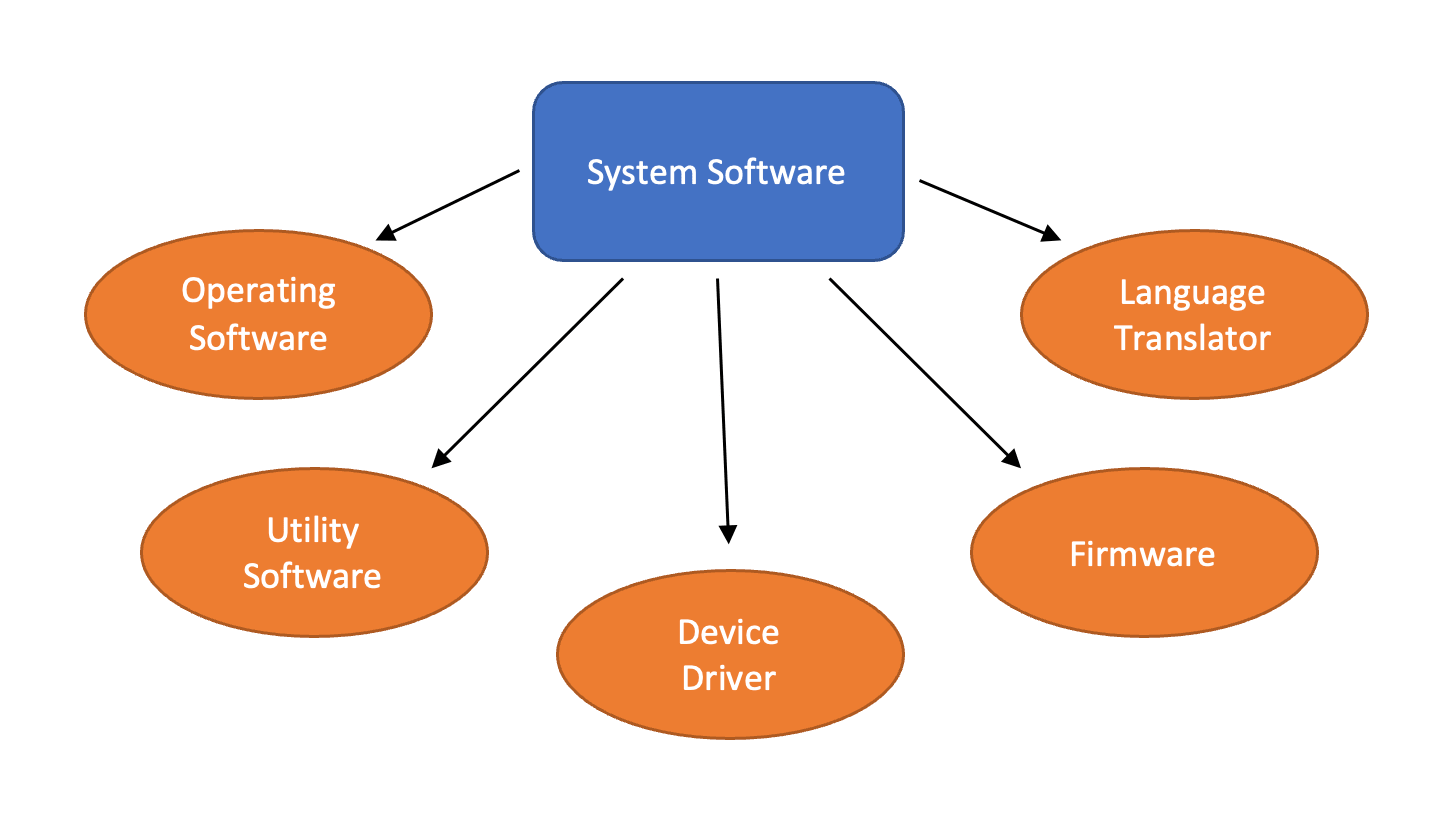 Software can be defined as the collection of computer programs, documentation and procedures that execute varying tasks on a computer system. The software is a written program by software developer. Thus a program is a set of instructions inputed into the computer system to enable it carry out various tasks. This makes Software an intangible part of the computer system, though they come in CDs.

System Software is a computer software developed to operate the computer hardware so as to provide and maintain a system for running application software. Examples of System Software are:

An Operating System is a software that comprises of programs and data that runs on computers, manages hardware resources and provided common services for operating various application software.

A Language Translator is a software that operates by converting programs written in a source code into an object code so that a computer can understand. Examples are BASIC, FORTRAN, COBOL.

Computer System Software are those non-physical components of the computer that ensure that computer programs run smoothly, resources are allocated, managed and re-distributed. A Computer System cannot operate without a software.