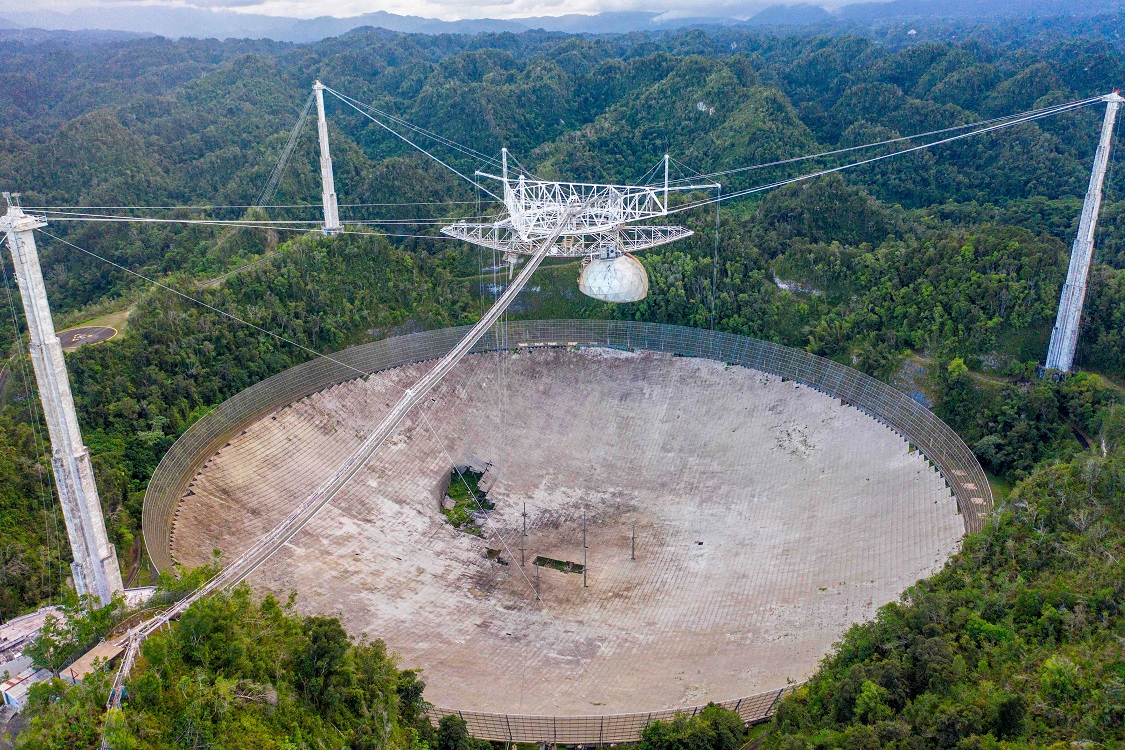 The collapsed Arecibo Observatory telescope in Puerto Rico could cost between $30 million and $50 million, according to the National Science Foundation (NSF).

Space.com reports the cost estimate, revealed Friday (March 5), is laid out in an NSF report required by Congress after the giant radio telescope’s hanging science platform crashed down through the 1,000-foot (305 meters) dish on Dec. 1. Two supporting cables had snapped on the telescope in the months before the collapse.

"The crash came less than two weeks after the NSF had decided that the structure was too unstable to risk repairing and began planning for a controlled demolition. Instead, the agency was left to clean up the wreckage."

"As part of the legislation funding NSF through the end of September 2021, Congress requested a report outlining the status of the agency’s investigation into the collapse, the plan to clean up the site and the procedure for determining whether the telescope will be replaced. NSF published that report on Friday."

The cost of cleaning up the telescope debris, which is estimated between $30 million and $50 million, will reportedly be split between fiscal years 2021 and 2022.

Safety of onsite personnel as well as the surrounding environment is a top priority during the operation, according to what officials wrote in a report.

Some have questioned Arecibo’s future and whether or not it will be replaced.

NSF reported that it is in conversations with a host of agencies about potential implications of the clean-up process, from U.S. Fish and Wildlife Service to the Puerto Rico State Historic Preservation Office, writes Meghan Bartels of Space.com.

"The report offers no insight into whether that will come to pass, but does state that NSF is planning a community workshop, currently targeting April, during which scientists will consider what possible research capabilities are worth detailed consideration."