Augmented reality is slowly starting to become part of our lives. But now it’s time to introduce it to our best friends! 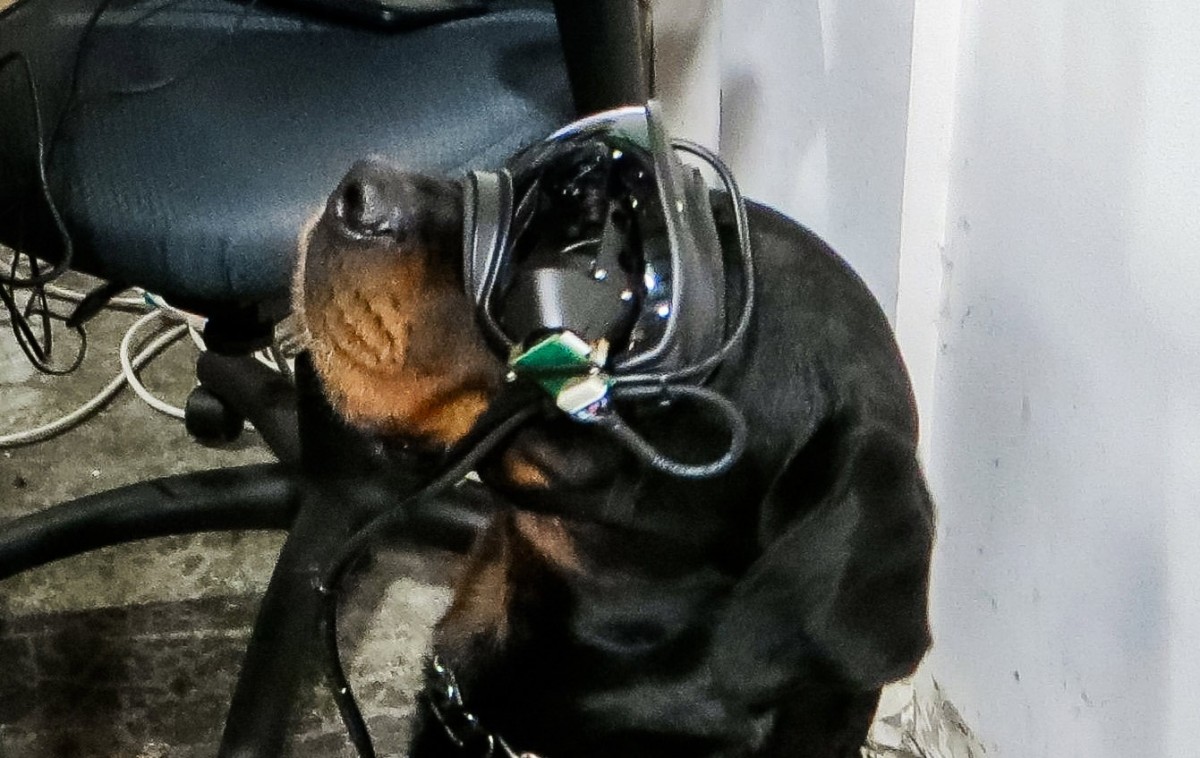 It’s not just the American army-men who are getting the best of what modern technology has to offer. Even army-dogs are getting some cool gadgets – like Augmented Reality (AR) glasses. What may seem like a completely crazy idea at first is actually a real project which is being worked on by the U.S. Army and the company Command Sight.

The idea actually makes sense. Dogs are often being used to find mines and other explosives. But to be able to do that they need a human at their side who is giving them orders. And this human has to go into the dangerous explosive-filled area alongside the dog. The glasses should save human lives by allowing them to give orders to the dogs from a distance.

The special headset that is being developed by Command Sight is made so it fits on the heads of dogs. The dogs get information about what they should be doing while the humans back in safety get to see everything from the point of view of the dogs. At this time, the device is only a prototype so it uses cables but for action, it should be fully wireless.

The first dog who got to try out AR is a rottweiler that belongs to an employee of Command Sight. According to the company, the dog was capable of understanding the orders and follow them. What helps is the fact that the headset has been fitted into glasses that the dogs are already accustomed to – the protective glasses they wear so they weren’t startled by the enhanced version.

What should soon follow test on dogs that belong to the Navy SEALs. Obviously, the process will take some time but the response from the dog handlers seems to be quite positive. And there are a lot of AR dog glasses to be made as there are currently roughly 25,000 dogs serving in the U.S. Army.