Astronomers have found the closest black hole to Earth 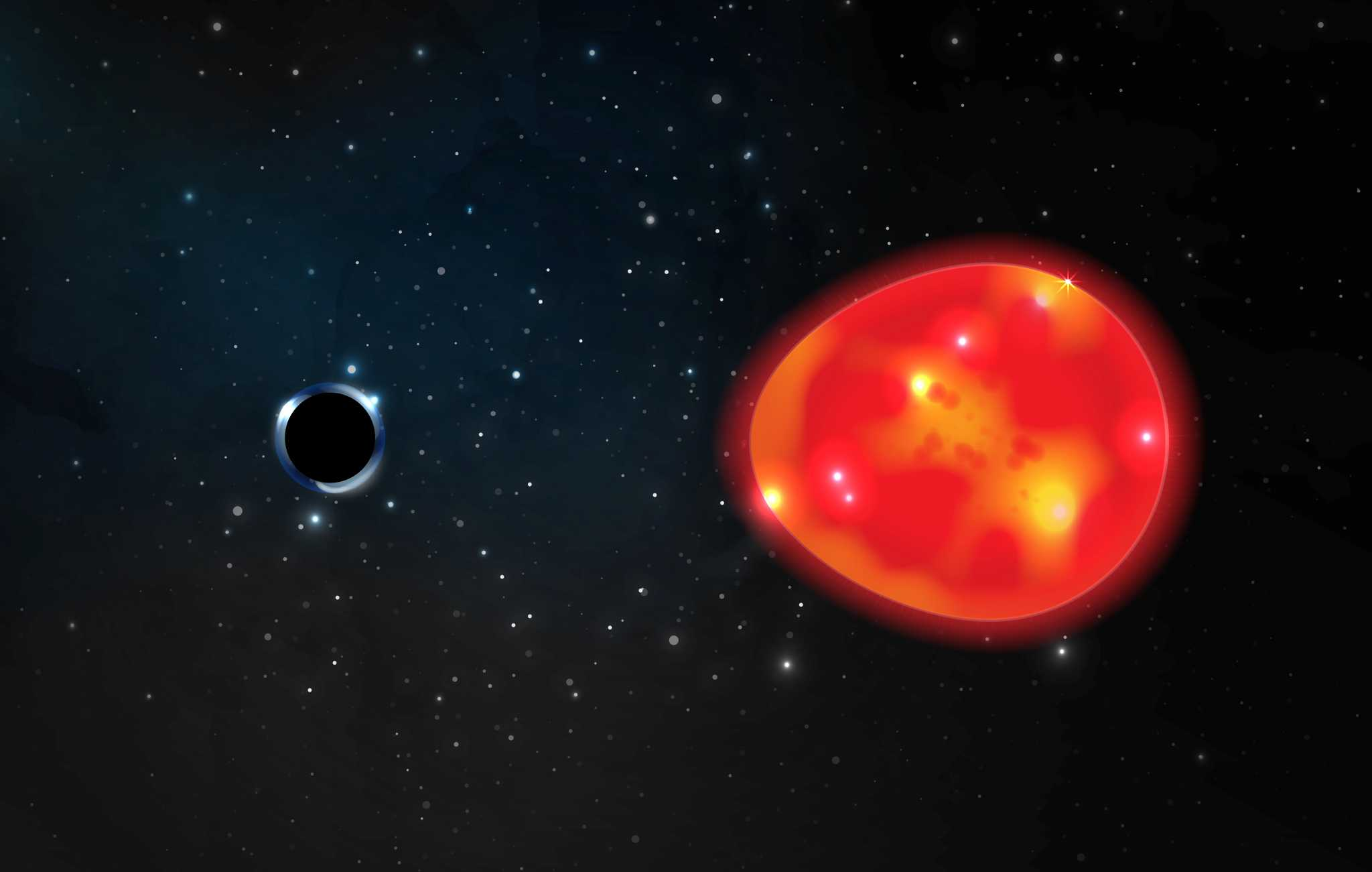 The dark companion of the red giant V723 Mon has become a candidate for the closest black hole to Earth.

Astronomers came to this conclusion after analyzing the observations of the giant ground-based and space telescopes.

The black hole has an estimated mass of 3.04 times the mass of the Sun, making it one of the lightest black holes known. The preprint was published on arXiv.org.

Studies of neutron stars and stellar mass black holes in the Milky Way play a critical role in understanding the final evolution of massive stars and the mechanism of core collapse.

However, to date, a sample of such types of compact objects known to us is represented mainly by pulsars, magnetars, or binary systems, where a neutron star or black hole actively interacts with its companion.

To gain a better understanding of the properties of such objects, astronomers need to discover both single black holes and black holes in binary systems that are inactive.

Despite the fact that, in theory, there are about a thousand "quiet" black holes in the Milky Way, their search is quite difficult and so far not many candidates for such objects have been found.

A group of astronomers led by Tharindu Jayasinghe of Ohio State University announced the discovery of a candidate for the role of the closest known black hole to Earth.

The star is located in the constellation Unicorn at a distance of 1,500 light-years from the Sun.

Earlier observations of this star allowed it to be classified as an eclipsing binary, while the idea of a triple star system turned out to be untenable.

Scientists have decided that the giant's satellite can be dim and rather massive, which means it is quite suitable for the role of a candidate for a compact object.

To understand the mass of the satellite V723 Mon, and, as a consequence, its nature, a number of simulations were carried out based on the light curves and data on the variations in the radial velocity of the giant.

The mass of V723 Mon has been estimated at one solar mass, and its radius at 24.9 times the solar radius.

Thus, the simplest explanation for the observed properties of the V723 Mon system is that the companion of the red giant is a black hole.

The mass of that black hole lies in the gap between massive neutron stars and low-mass black holes.

In this case, the hole does not accrete the material of the star, but slightly changes its shape due to tidal forces.