A new 'cancer vaccine' has been approved for human trials

A new cancer vaccine developed by American scientists has been approved for the first phase of human trials after being successfully tested in animals. This vaccine contains a special antibody. According to the details, the vaccine has been developed by several American organizations under the leadership of "Ohio State University". In animal experiments, it has been shown to be 90% effective in combination with another immunotherapy drug. This vaccine helps kill cancer cells in a completely different way. 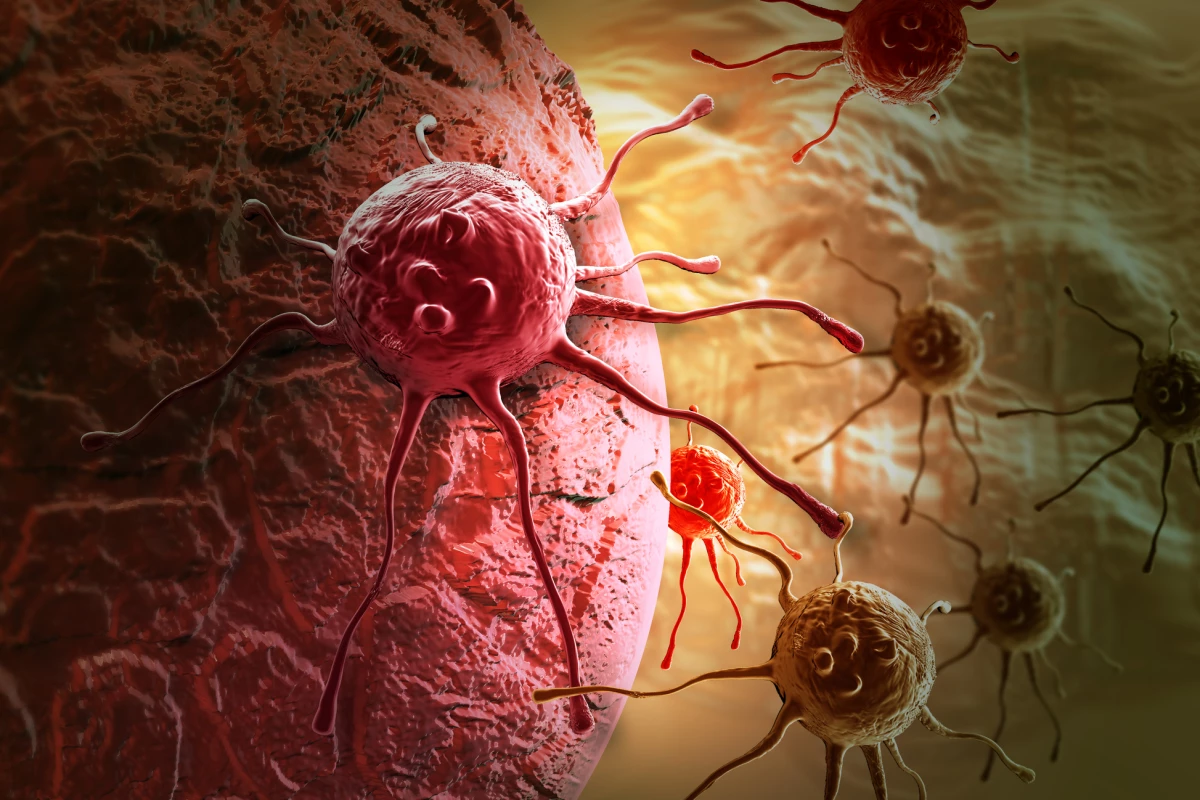 This is a relatively new type of cancer vaccine, said Dr. Pravin Kaumaya, a senior researcher and scientist at Ohio State University. Using 'monoclonal antibodies', the body's natural defense system is enabled to identify and kill cancer cells. The research, published online in the latest issue of the research journal "Onco Immunology"


Cancer cells often transform themselves in such a way that the body's natural immune system does not recognize them and thus they continue to spread.


The cells of the immune system that identify and kill the cells that cause the disease use a special "checkpoint protein" on their surface called "PD-1". This protein binds to another checkpoint protein, PD-L1 on the surface of any body cell to determine if the cell is healthy or has a defect.


If that body cell is healthy, the PD1 checkpoint protein immediately separates from it and moves on to the next cell. But if a defect is detected in this cell, the cell of the immune system clings to it and kills this 'bad cell' by taking the necessary action quickly. Cancer cells pretend to be perfectly healthy by deceiving the same checkpoint protein.

In this regard, an informative video has also been released on YouTube: https://youtu.be/KKZLuApgkto

The new cancer vaccine, dubbed "PD1-Vaxx", has a dual function. It re-enables immune system cells to recognize cancerous cells. It also produces a broader general response in the immune system, which helps in the rapid elimination and "cleansing" of cancer cells. In addition, the vaccine inhibits biochemical reactions (pathways) that cause an increase in the number of cancer cells.


The Food and Drug Administration (FDA) approved the initial human trials of “PD1-Vaxx “earlier this month, with approval from relevant Australian agencies. If the drug does well in human trials, it is to be hoped that cancer will not be an incurable disease in the coming years.